Mississauga actor Maitreyi Ramakrishnan among Canadians on Time 100 Next list 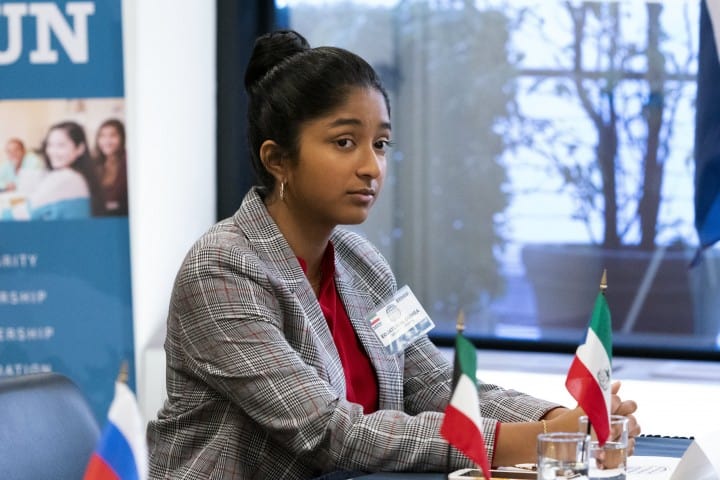 “Never Have I Ever” star Maitreyi Ramakrishnan is among the Canadians on Time magazine’s 100 Next list.

Comedy star Mindy Kaling, who co-created Netflix’s “Never Have I Ever,” wrote the profile of the Tamil-Canadian teen in the newly released issue.

Ramakrishnan is from Mississauga and plays the leading role of a first-generation Indian-American dealing with the death of her father and the hormone-fuelled challenges of adolescence.

The 19-year-old auditioned for the part in the coming-of-age comedy series after seeing an open casting call Kaling had posted on social media.

Ramakrishnan beat out some 15,000 auditioners and recently got an Independent Spirit Award nomination for her performance.

Also on the Time 100 Next list is Canadian-raised Apoorva Mehta, founder and CEO of grocery delivery company Instacart, and climate journalist Julian Brave NoiseCat, whose website says he is a member of the Canim Lake Band Tsq’escen and a descendant of the Lil’Wat Nation of Mount Currie in British Columbia.

Ramakrishnan made the “Phenoms” section of the list, which is an expansion of the magazine’s flagship Time 100 franchise that highlights emerging leaders. The profiles are written by Time 100 alumni.

Kaling wrote that Ramakrishnan is a “gifted comic actress” who “has an activist’s heart and wants to use her platform to help others.”

“What’s most extraordinary about Maitreyi is that when you’re with her, you think you’re simply talking to a cool, smart teenager, but later, when you see her work onscreen, you realize you were actually interacting with a great artist at the beginning of her journey,” Kaling wrote.

“Thank you for seeing me as I am,” Ramakrishnan tweeted to Kaling after the list was revealed Wednesday.

In a video on the Time website, Ramakrishnan says she feels “a sense of responsibility to take strong roles that have actual character and story to them.”

“All genres are great, but it just matters about the actual character depth and what the project is trying to say to audiences.”

Khaled Iwamura from insauga.com had a chat with Maitreyi back in May of 2020: