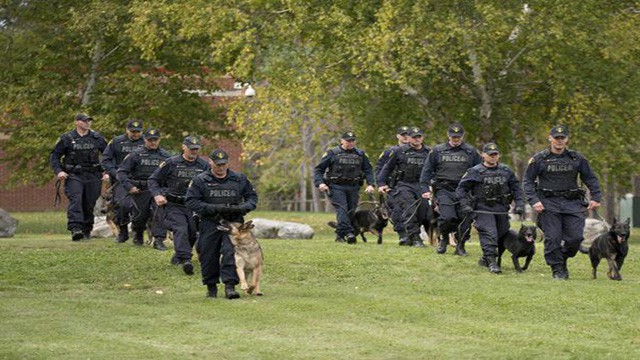 The Ontario Provincial Police are seeking help identifying a suspect who assaulted two Ministry of Transportation (MTO) Officers yesterday on the 401 in Mississauga.

Sgt. Kerry Schmidt said that yesterday (Sept. 13) at about 2:40 p.m., the OPP were called to investigate a situation in which two separate collisions on the 401 resulted in the assault of two MTO maintenance workers who were on scene.

According to Schmidt, there were two separate collisions on the 401 near the 403, prompting the MTO officers to block some lanes for safety purposes. When the MTO workers were cleaning up debris, they were reversing their vehicle when another vehicle came behind and blocked their way. A male got out of the vehicle and started to solicit the drivers involved in the earlier collisions. The MTO asked the person to move along, but the suspect became violent and assaulted both MTO officers. After the attack, the man fled in the vehicle that he arrived in and continued driving eastbound.

The suspect is described as being in his 20s or 30s and about six feet tall. He has light facial hair, a narrow face, a slim and muscular build, and may be of Hispanic or Middle Eastern descent. He left in a silver Honda Civic driven by a female driver with blonde, bushy hair.

One worker was taken to hospital and another remained at the scene.