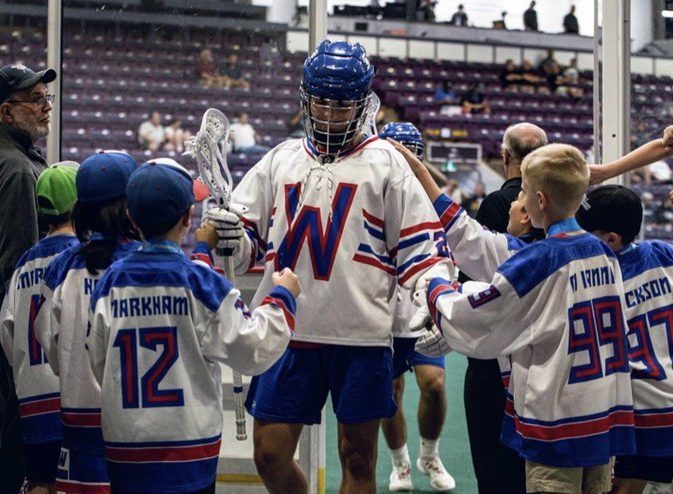 No one told the Whitby Warriors becoming national champions would be easy.

A night after winning the Minto Cup best-of-three opener by a comfortable four goal margin the club was back at it at Brampton’s CAA Centre, hoping to close out the series and win their first Minto Cup in nine years.

The St. Albert Miners weren’t having it, however, scoring with one second left in the second to tie the game at six and squaring things up with five minutes left in the third to force overtime. As the clock was about to register six minutes into the extra frame Davis Dame fired home the winner past Warrior goalie Kaleb Martin and the Miners lived to play one more time.

The deciding Game 3 will be played tonight at eight p.m.

Brock Haley scored three times for Whitby in this one, giving him a dozen in the tournament to go with 15 assists. Whitby captain Adam Poitras added a pair to put him at 14, along with 12 assists. Gabriel Sorichetti, Piper Pipher and Lucas Littlejohn had the others.

Mathieu Gautier had a five point night for the Miners and now has 20 points in the tournament.