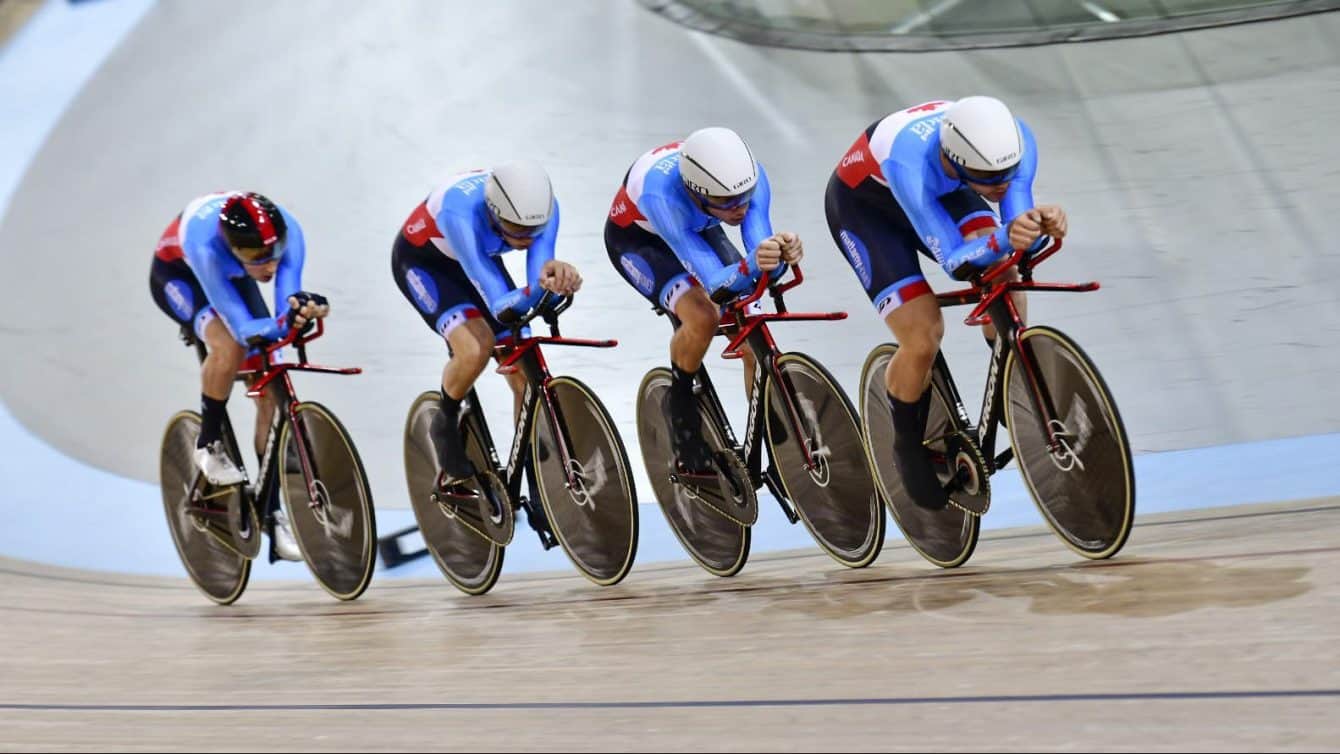 Milton’s Michael Foley and the Canadian men’s track cycling team pedalled their way to the country’s best Olympic finish in 89 years at the Tokyo Games on Wednesday.

That’s the highest finish for Canada at the Olympics since the quartet of Lew Rush, Glen Robbins, Russ Hunt and Frank Elliot finished fourth at the Los Angeles Games in 1932.

Canada’s best result was a bronze medal at the 1908 London Games.

Foley and his teammates are the first Canadian men’s team to qualify for the Olympic Games since Montreal in 1976.

In beating Germany at Izu Velodrome, the quartet broke the Canadian record with a time of 3:46.769.

Canada jumped into the lead at 500 metres and never looked back. They held a 1.1 second lead before de Haître pulled away.

Italy claimed gold in the event as they managed to come back in the final two laps against Denmark and set a world record with a time of 3:42.032, leaving Denmark with the silver medal.

In the bronze medal race, New Zealand crashed 2500 meters in allowing Australia to grab the final spot on the podium.