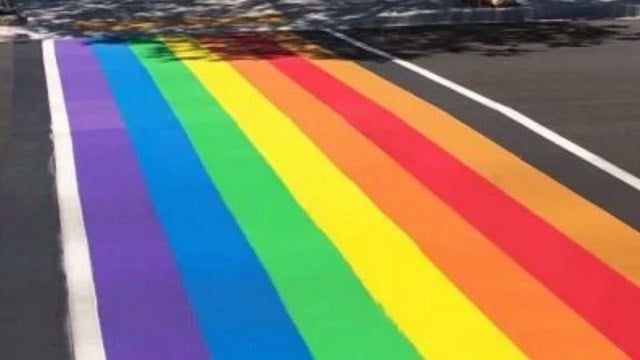 Milton will be celebrating this upcoming Pride Month with a new splash of colour to two of its downtown crosswalks, as well as colourful new library benches.

Milton council and staff recently announced that the town will paint two rainbow crosswalks on Main St — one at Charles St and one at Brown St.

Starting as early as next week, Milton Public Library locations will have outdoor rainbow benches available year round for residents to enjoy.

“With the Town of Milton being a place of diversity and inclusivity that strives to create safe, welcoming spaces for all members of the community, it will be joining communities across Ontario and Canada in participating in Pride Month (June), to show its continued support for the 2SLGBTQ+ community,” the town said in a recent statement.

The town of Oakville also recently announced its own set of rainbow crosswalks.

Meanwhile, students at Catholic high schools in Milton, Oakville and Burlington are continuing efforts to fly the pride flag outside at schools this June.