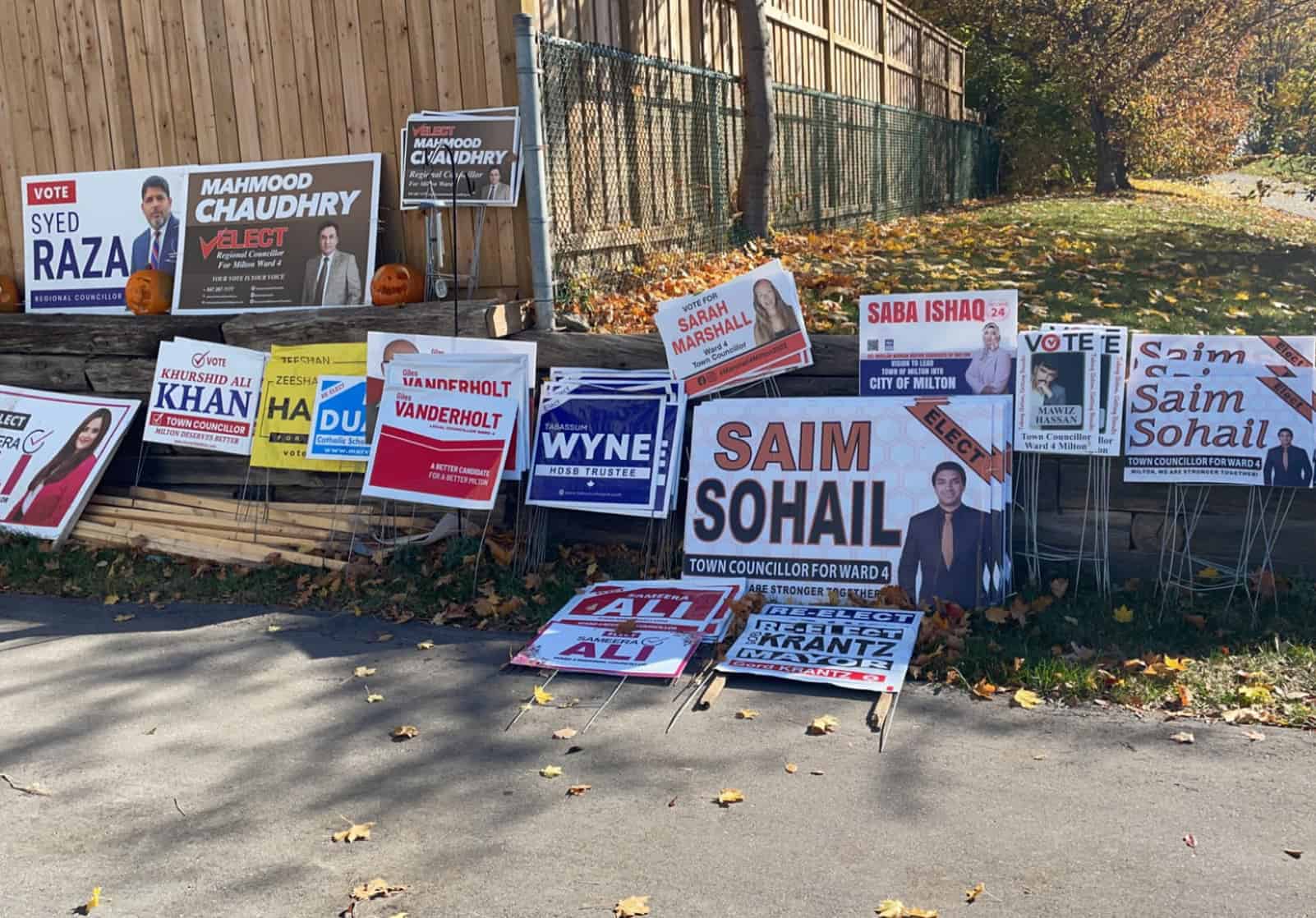 It’s now one week after election day, and the results are in but signs still seem to be up around Milton.

Ward 4 council candidate Saim Sohail went out and collected a pile of signs and posted photos on Facebook. Sohail didn’t win his bid for a seat; Sarah Marshall was elected as Ward 4 councillor. Sohail loaded his car with signs seven times.

With Ward 4 town councillor Sameera Ali seeking and winning a regional council seat, the ward had 10 candidates running. That might account for a larger number of signs this year.

“Woke up early this morning and started cleaning up signs,” Di Lorenzo wrote. “Did about 50 before just around my home before I started work, only about 1000 more to go in ward 3.”

And residents have noticed signs around town.

“I am getting very frustrated with the amount of signs that are being left all over town,” one person wrote on the Milton Talk Facebook group.

“I have never seen so many signs since I moved here in 2006,” another said.

“As per section 6.4 of the Election Sign By-law, all election signs must be removed 72 hours (three days) following the Election Day,” the Town of Milton states.