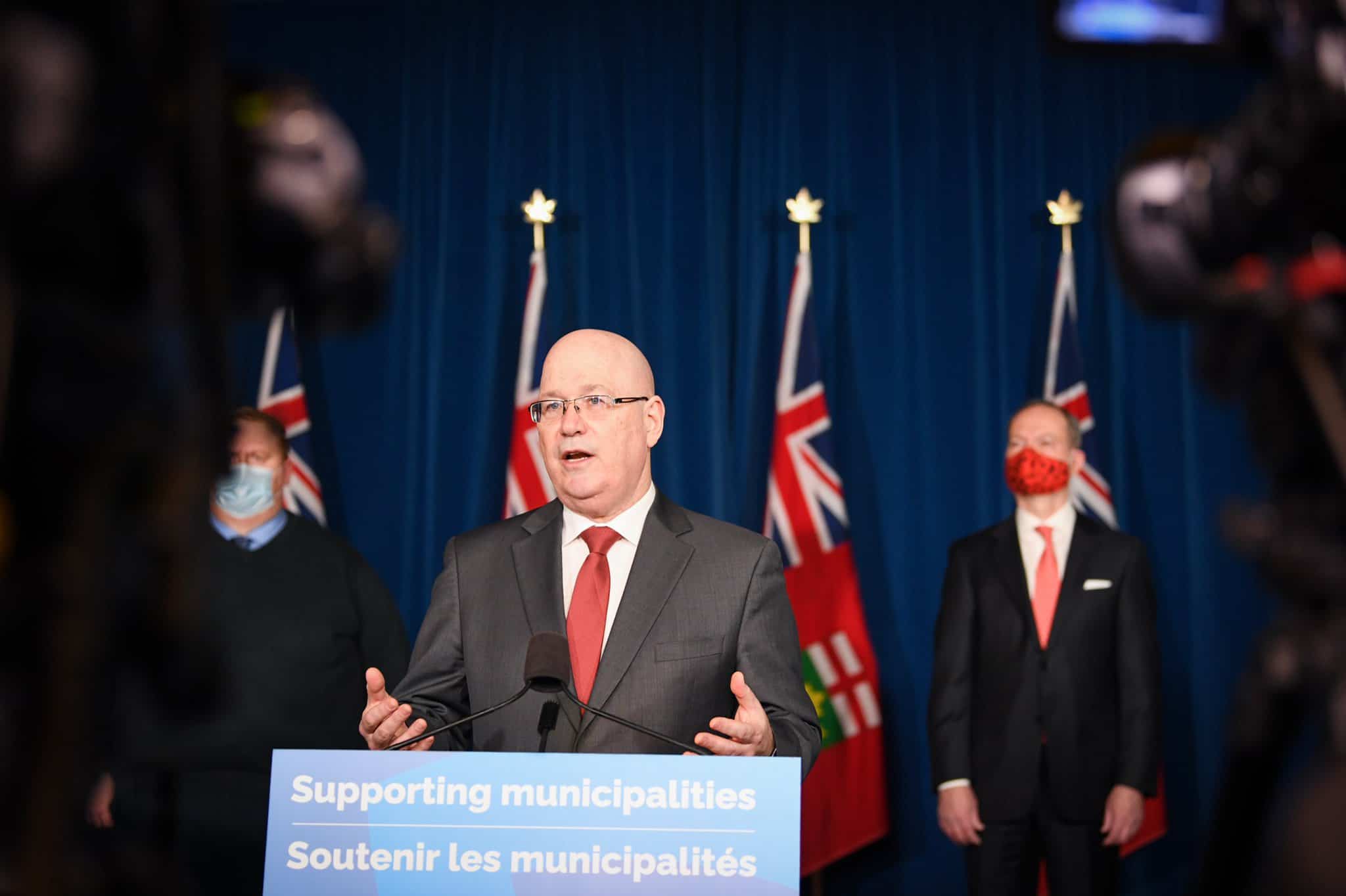 Class is in at the Milton Education Village.

The ambitious project is a reality after the provincial government announced its support Thursday for the expansion of postsecondary education and long-term care in Milton.

Plans also include room for a potential hospice, residential housing and a village core with a mix of commercial and retail uses.

The new Milton campus, which is expected to accommodate 6,700 students, will focus on university and college academic programs in high-demand fields such as science, health care, engineering, technology and business.

There will be experiential learning and work-integrated learning opportunities for students provided by Conestoga and Laurier, as well as micro-credentials that will support up-skilling and re-skilling for the local labour force.

“The Milton Education Village demonstrates the importance of partnerships and the power of the Ontario spirit in building strong and safe communities,” said Premier Ford, who was in Milton to make the announcement. “Our government applauds the collaborative approach taken by Conestoga College and Wilfrid Laurier University to expand their respective campuses.

“The fact that we are also delivering a Schlegel Villages long-term care home and potential hospice is a testament to the leadership of (MPP) Parm Gill and the entire Milton community.”

“Our government continues to take strong actions that support our community of Milton,” Gill said. “By facilitating the approval of the development of two post-secondary campuses along with a new long-term care home, the Milton Education Village will soon be a place where education, research, business and community services succeed.”

To help kick start work on the Milton Education Village, a Minister’s Zoning Order was filed Thursday. It’s expected this will create “much-needed” homes for 6,500 area residents and 4,000 permanent jobs by 2031.

When it opens its doors in 2024, the government will provide funding support for the operations of the campus, linked to student enrolment.

The Milton Education Village is located on a 400-acre site adjacent to the Niagara Escarpment in Milton, just south of Derry Road, west of Tremaine Road and north of Britannia Road.