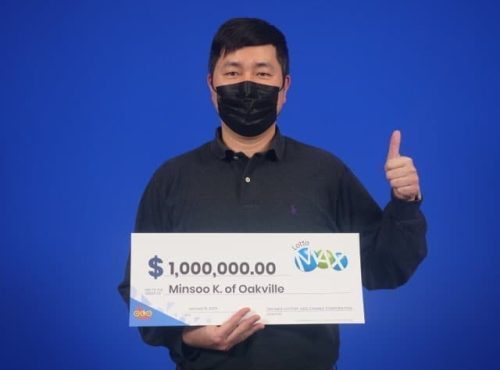 The local maintenance technician is $1 million dollars richer after winning a Maxmillions prize in the Lotto Max draw on Nov. 25, 2022.

“I had a dream a few years ago and saw four of my numbers on my ticket,” recalled Koh, while picking up his winnings at the OLG Price Centre in Toronto.

He realized he was a millionaire when he checked his ticket at the store.

Koh plans on spending some of his new winnings on a wife and says a family trip could be on the horizon.

“I might take a trip to Florida with my family,” he said.

Koh purchased the winning ticket at the Galleria Supermarket on Hampshire Gate in Oakville.