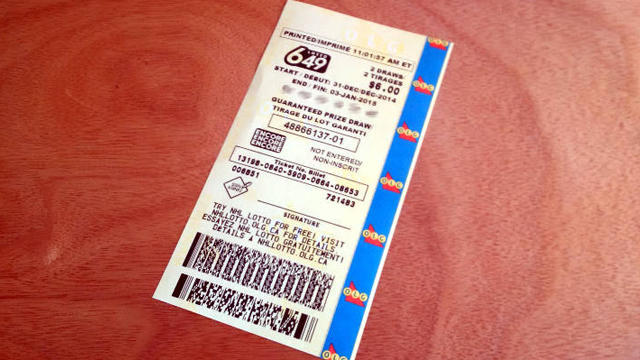 Someone in Oakville is a million dollars richer after winning the encore prize in the recent Lotto Max draw. INSAUGA PHOTO

A lucky Lotto Max winner in Oakville is a million dollars richer on Wednesday.

Tuesday’s draw revealed several winning tickets were sold in Ontario, including one ENCORE prize winning ticket worth $1 million was sold in Oakville.

Lotto players can check their tickets from their home on OLG.ca, by using the OLG App on their mobile device, signing up on OLG.ca for winning number email alerts or by calling their WIN! Line at 416-870-8946 (Toronto area) or toll free at 1-866-891-8946 (outside Toronto area).

Since September 2009, Lotto Max players have won over $6.7 billion, including 90 jackpot wins and 738 Maxmillions prizes across the province.

Lotto Max draws take place on Tuesdays and Fridays every week. For a $5 play, players receive three sets of seven numbers ranging from one to 50.

Players must match all seven numbers, in any one set, to win the jackpot or the Maxmillions prizes.

The next Lotto Max jackpot is estimated at $17 million. Players can purchase tickets at authorized OLG retailers or buy online at OLG.ca until 10:30 p.m. Friday, April 22 for the draw that evening.