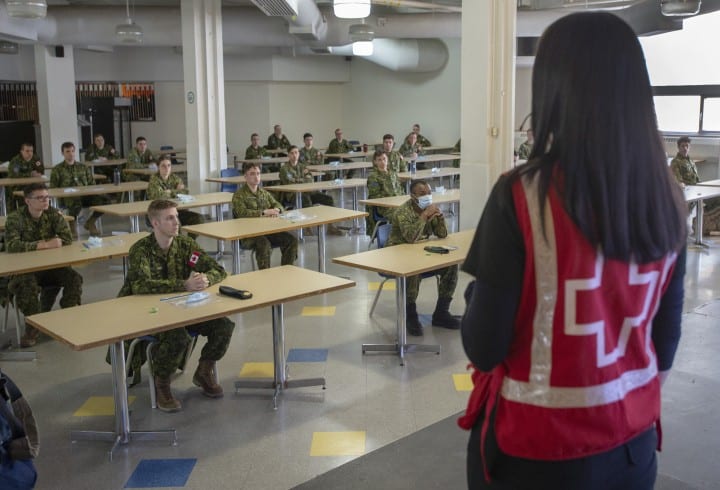 OTTAWA — The Canadian Armed Forces says 222 troops have tested positive for COVID-19 since the start of the pandemic, including 24 active cases.

The figures were released today in the first full update in months on the number of military members who have contracted the illness.

The Armed Forces reported in March that three members had tested positive for COVID-19, but said it would not provide updates.

The military later revealed that 55 of the more than 1,600 soldiers deployed into long-term care facilities in Ontario and Quebec this spring had become infected with the novel coronavirus.

It refused to provide figures for the rest of the military, with officials saying the information could be used by foreign adversaries looking to take advantage of the pandemic.

The new figures come as military leaders are drawing up updated orders for the Armed Forces to stand ready as part of the country struggles to contain a second wave of COVID-19.