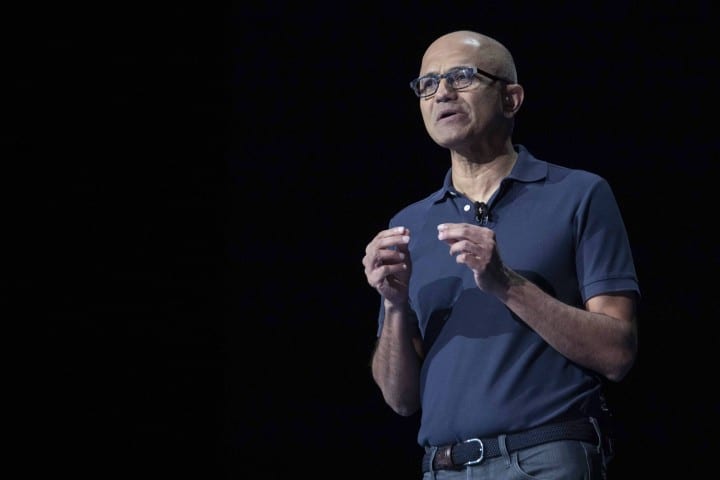 Microsoft’s chief executive says Canada’s technology sector is talent-rich and a player on the global scene but he wants policy-makers to weigh regulatory effects on innovation when making decisions.

If businesses currently thriving face additional impediments, Satya Nadella believes they could start to lag behind and drag their various sectors of the economy along with them.

“You want to make sure that the latest technologies are available so that … Canada can create more world-class technology,” he said in an interview. “By shutting yourself off from a factor of production all you do is fall behind.”

Nadella’s comments come as Microsoft is boosting its presence in Canada with a new Toronto innovation centre and hundreds of hires in Vancouver and as the federal government teases that regulations for Big Tech are coming soon.

Heritage Minister Steven Guilbeault has been keeping a close eye on Australia, which demanded tech companies provide compensation to news publications whose articles are linked to on their platforms.

In response, Facebook Inc. started blocking news content from being read and shared on its site in Australia, but reversed the decision days later and eventually restored the restricted pages.

Microsoft, however, endorsed Australia’s policy and said in a February blog that it would support the same proposal being rolled out in Canada, the U.S., the European Union and elsewhere.

Nadella didn’t say what regulations he is rooting for Canada to adopt, but feels some distinction needs to be made between how governments approach protecting citizens and how they address digital technology used by companies to improve health or create manufacturing resilience.

He said “Big tech” is a broad term that doesn’t recognize that there are different types of technology that have varying implications for society and the economy.

Microsoft spent much of the 1990s and 2000s locked in battles in the U.S. and Europe, where regulators argued the company engaged in monopolistic practices with its Internet Explorer, Office and Windows offerings. Ultimately, Microsoft paid out multibillion-dollar fines, but avoided being broken up.

The New York Times reported Tuesday that Microsoft had its sights on expansion again and has been in talks to acquire Discord, a social media company popular with gamers, for as much as US$10 billion.

In recent years, the arguments Microsoft once faced have dogged competitors like Facebook, which also owns Instagram, WhatsApp, and Oculus, and sparked conversations around whether tech companies have too much power.

Microsoft announced Wednesday that it will open a data innovation centre at its downtown Toronto office to give customers a place to test early capabilities and share digital best practices.

The company will also bring to Vancouver an Azure Edge Zone, that will help users who require in-country data residency to perform tasks faster because they can connect to a local data centre rather than the one in Toronto.

In addition to the offices, Microsoft will add more than 500 technical jobs in Vancouver this year that will focus on application building, its Office and OneDrive offerings, web experiences and mixed reality.

Nadella zeroed in on Canada because he said human capital in the country is “huge.”

“In the developed world, Canada is in some sense setting pace in many areas,” he said.

“Per capita, if you look at AI expertise in Canada it is just extraordinary.”

Nabbing that talent will come with competition. Shopify Inc., Twitter Inc. and Pinterest all revealed earlier this year that they are expanding in Canada and hiring engineers and other technical workers. But Nadella sees the kind of work that Microsoft is doing as being key because it’s focused on digital skills and credentials, which he said will be key to the future.

“The more we do our best work to get people equipped with those, the better of the shape of the society and the economy will be.”