Mississauga has been home to a number of talented and inspiring people, and one of those people will have his fascinating—and often heartbreaking—story told on the silver screen.

Tiger, a 2018 Hollywood sports drama, is based on the true story of a former flyweight boxing champion named Pardeep Nagra. Nagra, a Sikh man who lived in the Malton neighbourhood in Mississauga, was banned from competing in 1999 due to his refusal to shave his beard (a refusal that was based on his faith).

Refusing to back down, Nagra (played by Prem Singh) leaned on his couch and mentor, Frank Donovan (played by Mickey Rourke) and enlisted the help of a three-person legal team (picured below) to fight discrimination to compete in the sport he loves. 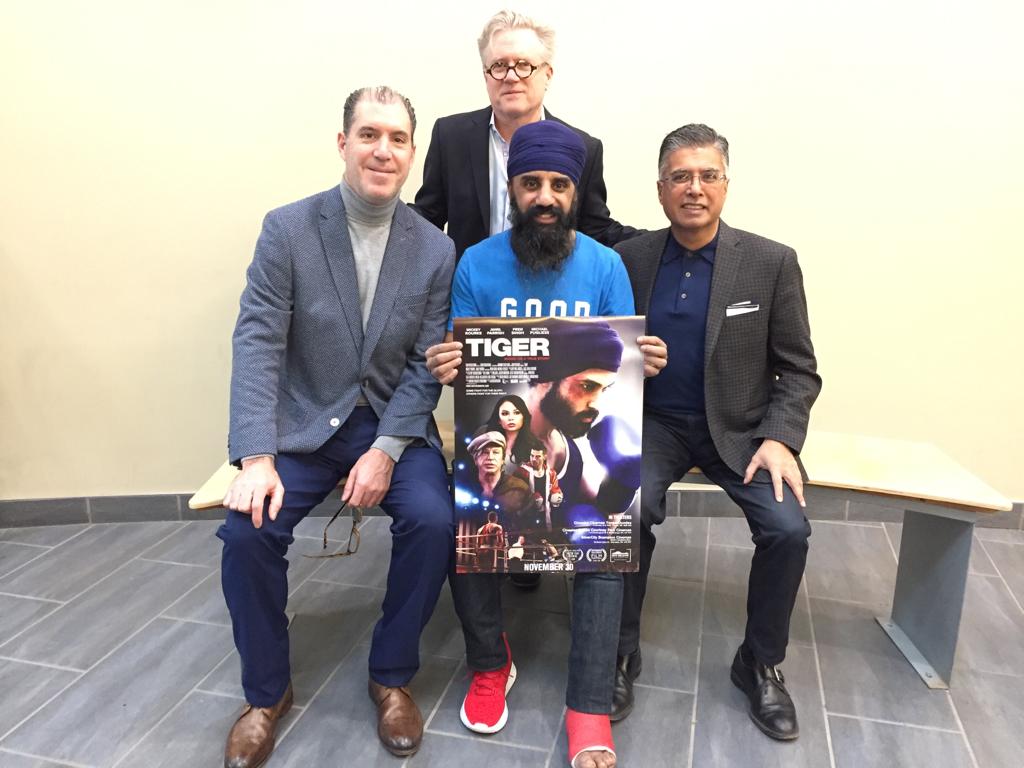 Fortunately for Nagra and other Sikh competitors, Nagra successfully challenged the rules in court, officially making the sport more inclusive for all Canadians of every background.

While the film is officially in theatres now (you can see a trailer below), we got to learn a little bit more about one of Mississauga’s most inspiring fighters from two of the lawyers who helped him in his battle with the Canadian Amateur Boxing Association (CABA).

“I have known Pardeep since he was a kid growing up four doors down from our house in Malton,” says Sat Gosal, one of three lawyers who represented Nagra in his battle.

“Pardeep is a thoroughly passionate individual who personifies commitment. I have always known him to have a strong faith. This was his rock during the entire controversy. His resilience is fortified by his sense of history.”

Gosal says that Nagra was inspired by the strength that other Sikh individuals showcased when faced with discrimination. 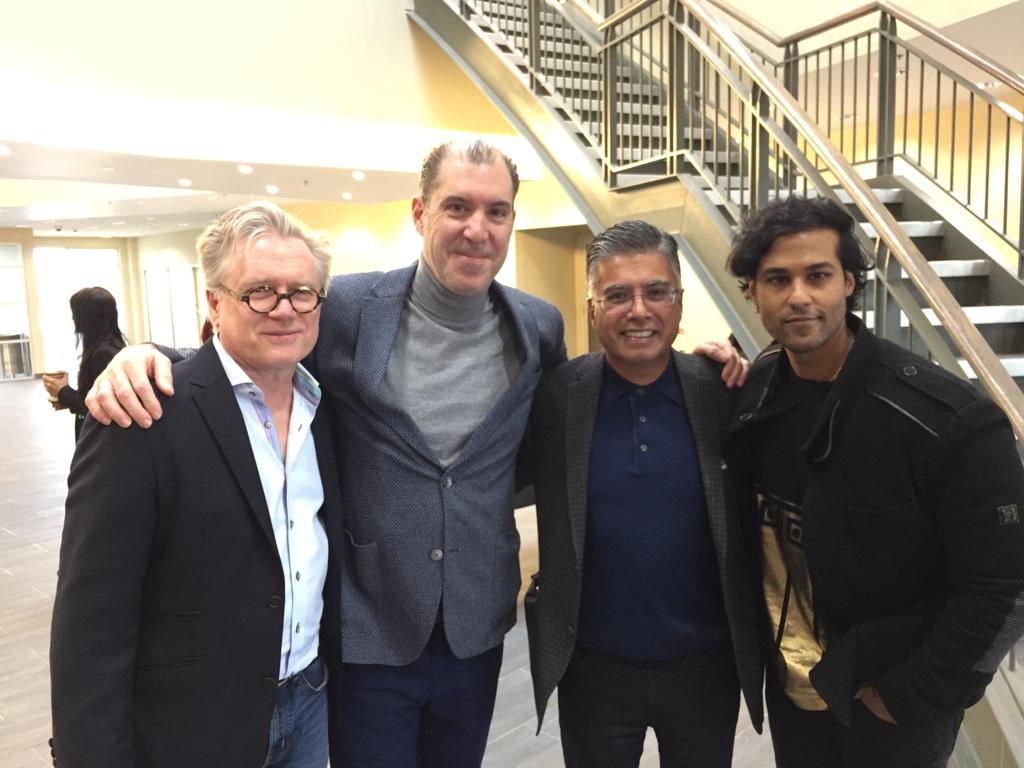 Prem Singh (who plays Nagra) is on the far right

“He and I often discussed the steadfast will of the early Sikh pioneers who fought discriminatory legislation directed against them by Canadian government over a century ago. I think he saw himself as carrying the torch forward; not just as a Sikh but as a Canadian standing up for all those who are perceived as others,’” says Gosal.

For Nagra, the battle—both against the association and the public—was a tremendously difficult one.

“He was an ideal client in that he articulated his convictions well and was able to withstand the tremendous media pressure and the racist taunting from the audience when he eventually was allowed to fight,” says Gosal.

Chris Leafloor, another one of Nagra’s three lawyers, says it was exciting, and an honour, to work with Nagra.

“When I first met him, two days before we received the injunction, it was clear to me that he was authentically passionate about this issue,” says Leafloor, adding that his own wife and in-laws are also Sikh, making the case all the more personal. 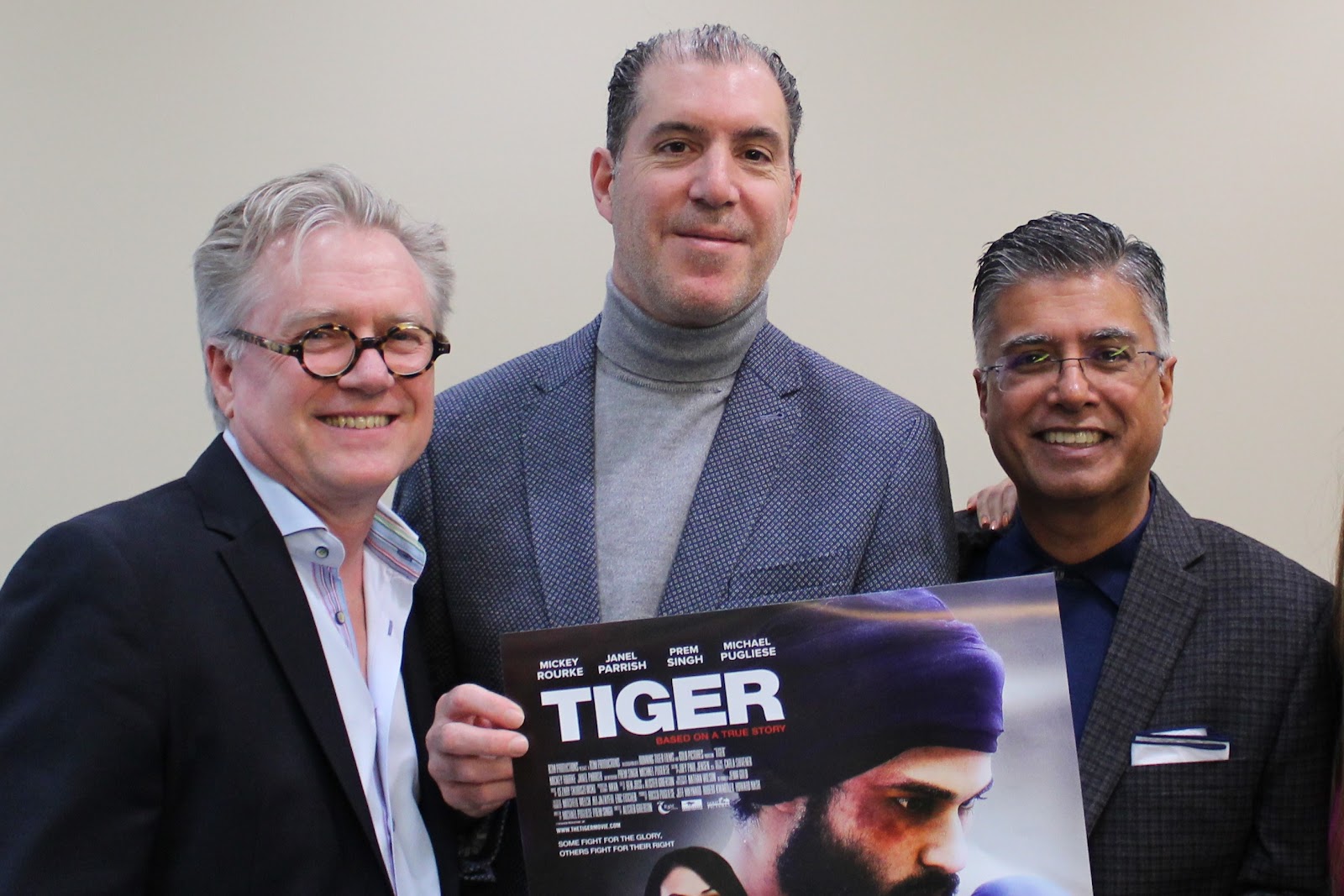 Leafloor said the team had to quickly develop a plan to see if there were any legal tools that they could use to protect Nagra’s religious rights, which he says were being denied by CABA.

“When someone is the victim of discrimination, it is deeply hurtful. You could tell that Pardeep was wounded by how he had been treated, but he responded not by succumbing to or cowering in response to the hurt, but by standing up and fighting back. He knew that there were risks involved in fighting back, but he had the courage to fight back, nonetheless.”

As for whether or not the film truly captures how harrowing—and eventually, how empowering—the experience was, Leafloor says the depiction is accurate.

“In regard to the movie Tiger, the movie does an excellent job of capturing these emotions. I think anyone who has been treated unfairly will recognize these emotions and how they are portrayed in the film,” he says.

“From everything I have heard Pardeep say about the film, it is clear that he is thrilled with the movie.  It tells his story, but also portrays the larger themes of standing up for yourself. I know that it is important to Pardeep that the movie conveys this broader message, since it is not just about the rights of Sikhs, but is also about human rights for everyone.”

Gosal says that Nagra now works as an equity officer with the Toronto Board of Education.

“He understands that addressing inequality requires a combination of tools- legal advocacy, education and heaps of courage,” he says.

Gosal also says that Nagra is happy that his story is being told.

“He is thankful for the making of this film. It captures the essence of his personal struggles and conveys the mental strength it takes to endure institutional resistance. Above all the movie will serve to inspire others who may falter in the face of discrimination. The latter is all that more poignant today as Quebec prepares to discriminate against people like him offering public services. Who will be the next Tiger to be thrown in the lion’s den and emerge emotionally stronger as he did?” asks Gosal.