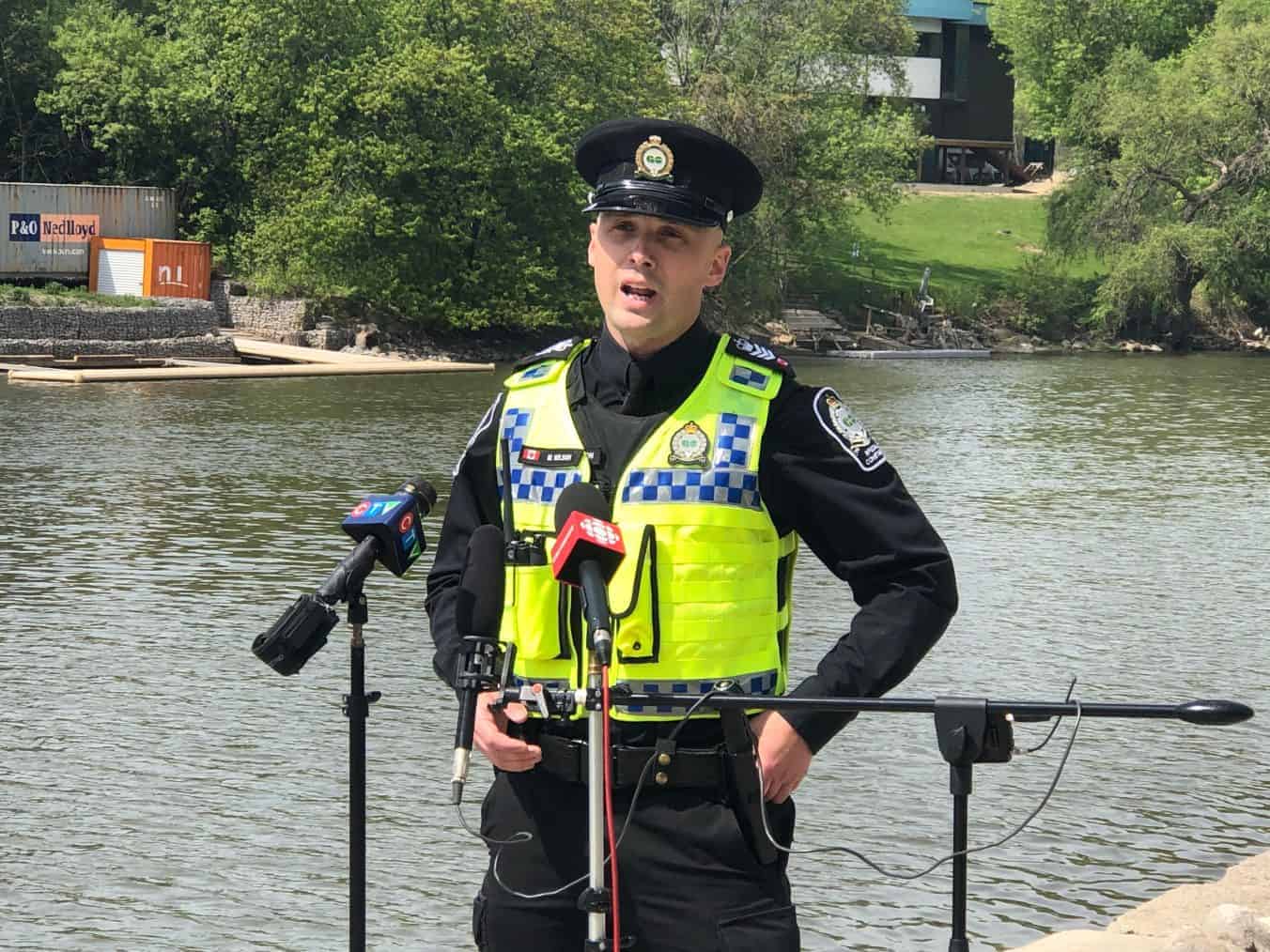 A Metrolinx spokesperson recently announced that the transit agency is working with Peel Regional Police to discourage thrillseekers from jumping off of train tracks into the Credit River in Mississauga.

“We’ve been working with Peel Regional Police to step up enforcement and secure the area and educate the public about the potentially life-threatening dangers that trespassers are putting themselves in,” Nitish Bissonauth, a spokesperson for Metrolinx, said in an email to insauga.com.

According to a recent blog post penned by Bissonauth and Matt Llewellyn, a Metrolinx spokesperson and senior advisor, the transit agency is seeing an increase in the number of incidents involving trespassers using a railway overpass as a diving platform into the river.

“Holding their collective breath, the crew of a Lakeshore West GO train recently slammed on their brakes and made an urgent call over their radio. Just moments earlier, while travelling at more than 100km/hr, a young person popped up on the tracks that span over Credit River, directly in front of them.”

“They frantically blew their train whistle but weren’t sure if the teenager got out of the way unharmed. At that point, all they could do was pray their colleagues would not have to make a tragic, life-changing phone call to someone’s loved ones.”

The post says the person spotted on the tracks was unharmed but the transit agency is concerned that the next person who trespasses might not be so lucky.

“While it’s never been safe to climb on the 60m (200 ft) freight train bridge that spans the Credit River adjacent to Port Credit Memorial Park for decades, people have turned a blind eye to the gatherings,” the post reads.

Metrolinx says it now owns the bridge in question.

Last year, anti-trespass panels (ATPs) were installed at track level to deter trespassing. Despite the installation of the ATPs, the company says the number of close calls with high-speed trains has nearly doubled compared to last year. 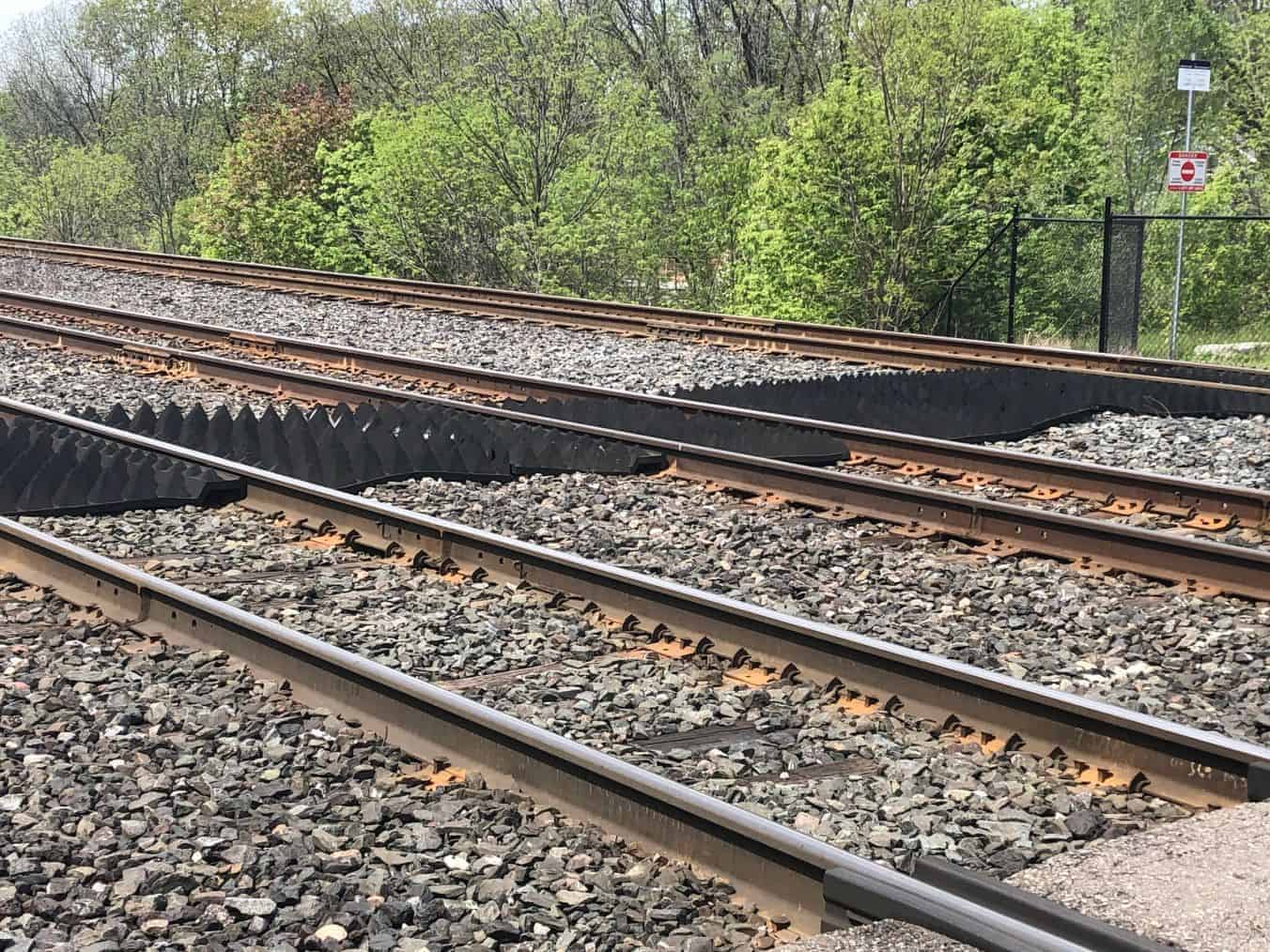 “These incidents have a profound effect not just on the family and loved ones of the victims, but also the train crews, staff and the first responders who attend the scene,” said Transit Safety’s Staff Sergeant Morgan Wilson, according to the blog post.

“It’s not just GO trains that use these tracks, but there are also freight and other passenger carriers.”

Wilson said those trains don’t appear on any public schedules, so divers might not realize how deadly trespassing can be.

In addition to more Transit Safety officers and police patrolling the area, the Metrolinx Community Relations team will be handing out information cards to people who use the nearby park and explaining exactly what to do if they see someone climbing the bridge.

The Metrolinx teams will also be reaching out to elementary and high schools.

“Education will be our primary focus, but if it’s a repeated offence and people aren’t complying, we will take enforcement action as well,” said Peel police Constable Akhil Mooken in the post.

The maximum fine for any trespassing offence is $5,000.

Anyone who sees someone trespassing is advised to treat it as a life-threatening emergency and call 9-1-1 or Transit Safety at 1-877-297-0642.