Metrolinx Makes Significant Changes to the LRT in Mississauga 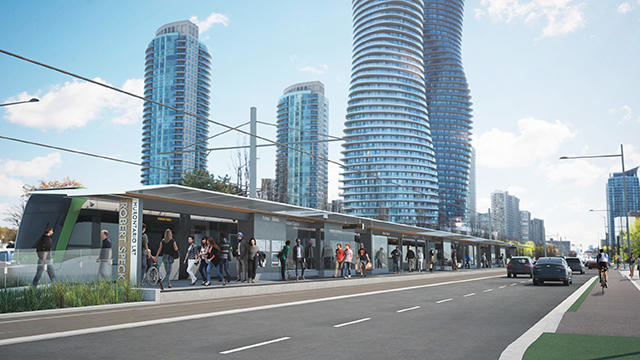 Metrolinx, with the approval of the province, has made significant changes to the Hurontario Light-Rail Transit (LRT) project that’s currently moving forward in Mississauga.

Phil Vester, president and CEO of Metrolinx, says the provincially-run transportation organization made some changes to the scope of the Hurontario LRT in order to offer riders a “more convenient route” and “alleviate potential budget pressures on the project.”

While some troubling whispers regarding the potentially uncertain future of the LRT emerged last year after the NDP could not get the provincial government to verbally commit to the project, it looks like construction is proceeding as planned–especially since Metrolinx is announcing tweeks rather than a significant delay or outright cancellation. 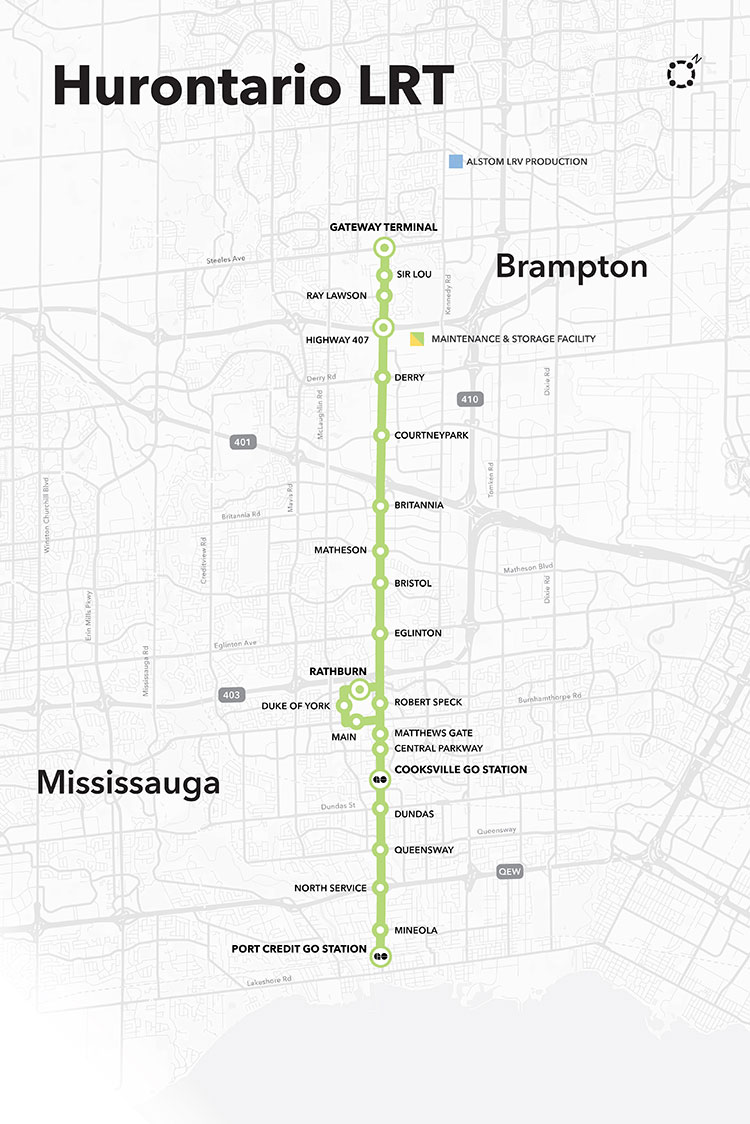 Instead, Metrolinx says it will create a direct in-and-out access route from Hurontario to the Rathburn stop, which is located next to the MiWay Transit Terminal. This is actually a big significant change, as it will eliminate three stops–bringing the total amount of stops down from 22 to 19–and shorten the route by a couple of kilometres.

“The project will include raised and separated cycle tracks north of the Queensway on both sides of Hurontario Street and a multi-use trail on the east side south of the Queensway,” Metrolinx wrote on Twitter.

“Following today’s announcement from the minister and Metrolinx, we are pleased that the Ontario government remains committed to this important project, including the promise to cover 100 percent of the costs needed to build the LRT. Our residents and businesses are depending on it, even with a reduced scope,” Crombie said in a statement.

“While I understand the financial pressures, the downtown loop is a key component of the LRT and will help us realize the full potential of downtown Mississauga.”

Crombie pointed out, as she has in past communications with the province, that the LRT is integral to Mississauga’s growth.

“The LRT is critical to our city’s future prosperity. Thousands of jobs and businesses and over 12,000 new housing units rely on this line being built. Currently, 27 of our Fortune 500 companies are located within one kilometre of this line. Over the next 20 years, over 25 per cent of our city’s population and employment will be located on this line.”

Crombie said the city will look into ways to ensure the loop is constructed at some point.

“While the downtown loop may not be constructed as quickly as we would like, we will examine other funding opportunities to build it at a future date. Our main focus is to build transit and get people moving. This project remains the largest investment in our  city’s history and we are pleased that the provincial government remains committed to fully funding the building of the LRT.”

The company added that there are provisions in the contract language to adapt to future changes or additions to the LRT, including the completion of the Mississauga City Centre loop and/or a potential expansion into Brampton (as of now, the LRT is slated to end at Main and Steeles in Brampton, which isn’t too far north of the Mississauga border).