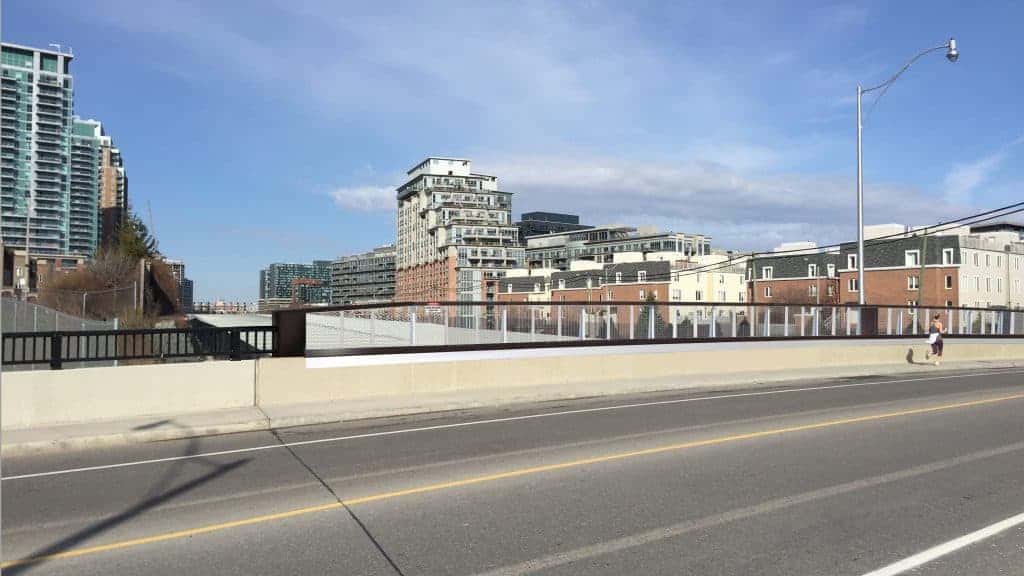 Metrolinx has announced it’s electrifying most of its network.

As a result, the transportation company will be adding glass barriers to bridges that cross over electrified corridors.

The barriers will be designed to help protect residents of the GTHA from the Electrification overhead contact system, specifically the overhead wires that supply vehicles with electricity. These barriers will mostly be transparent to both enhance the safety of pedestrians and cyclists, as well as to avoid obstructing the views from the bridges.

However, in order to also prevent injuries to migrating and local bird populations, these barriers will also include patterns using Morse code—unlike humans, many birds are incapable of perceiving clear glass as a solid object, especially if it is in their flight path.

According to recent estimates from the Avian Conservation and Ecology Journal, approximately 25 million birds die each year from window collisions in Canada, and a significant number of these occur in the GTHA.

As a result, these glass panels will include a series of dots and dashes, creating lines which will stretch vertically using the telecommunication encoding method that was first developed in the 19th century. The decision to use Morse code is intended to both provide additional protection to birds, as well as pay homage to an important part of Canadian history, when the telegraph played an essential role in allowing railway companies to manage their schedules and utilize their tracks more efficiently.

Additionally, as an added creative aspect, the codes on the barriers will spell out the names of regional areas Metrolinx serves. All photos and information courtesy of Nitish Bissonauth, media relations spokesperson for Metrolinx.