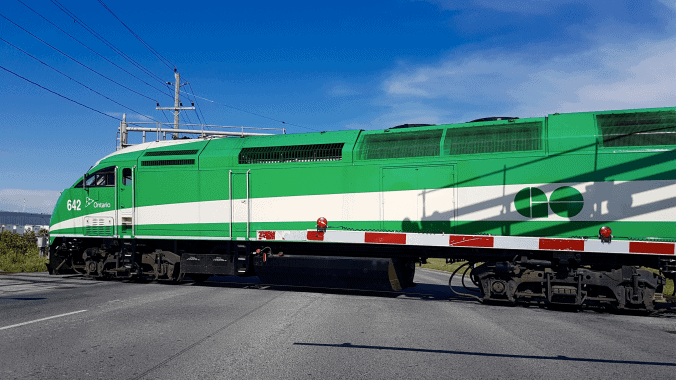 Metrolinx is bumping up its services next week to meet increased demand from customers returning to school and the workplace this fall.

Most GO train and bus schedules are changing in September as Metrolinx restores or adjusts service to meet passenger demand.

With this round of changes, GO train service will match – and in some cases, slightly exceed – what was offered prior to COVID-19.

All GO train lines, and most bus routes will be affected.

The system-wide increase in service means more flexibility for customers, particularly those planning trips throughout the work and school week.

The news includes some reinstated weekday express rail trips on the Kitchener and Lakeshore West lines, including one trip per day in each direction serving Niagara Falls.
Kitchener, Barrie, and Stouffville customers will be able to take advantage of more trips throughout the weekday.
Reinstated trips on the Lakeshore West, Lakeshore East, Milton, and Richmond Hill lines will provide more consistent service through the morning and evening rush hours.

The Lakeshore West line will benefit from a number of changes:

• Trips between Oakville GO and Union Station are returning, which brings 15-minute service in both directions for much of the day.
• Resuming one weekday rush hour trip in each direction between Niagara Falls and Union Station.
• Four eastbound weekday morning eastbound departures from Hamilton GO Centre will now depart a few minutes earlier and run express between Clarkson GO and Union Station.
• Four westbound weekday evening departures from Union Station will now depart 17 minutes later, run express between Union and Clarkson GO, then make all stops to Hamilton GO Centre.
• For weekend travel from Hamilton, customers looking for earlier departures on Saturday and Sundays will have three new eastbound departures from West Harbour GO at 5:13 a.m., 6:13 a.m. and 7:13 a.m.
• Hourly service will continue on the Lakeshore West line from 8 p.m. onward. The last trip of the night in both directions will be replaced by bus service to support construction of the Hurontario LRT at Port Credit GO.

On the Lakeshore East line, the reinstatement of the 6:20 p.m. weekday eastbound departure from Union Station will provide 15-minute frequency throughout the evening rush hour.

And for those returning to colleges and universities, new and improved bus service will help ease the transition back to school, including a new extension to Brock University, an express pilot between University of Guelph and Square One, and more options for University of Waterloo and Wilfrid Laurier University students traveling to Brampton and Toronto.