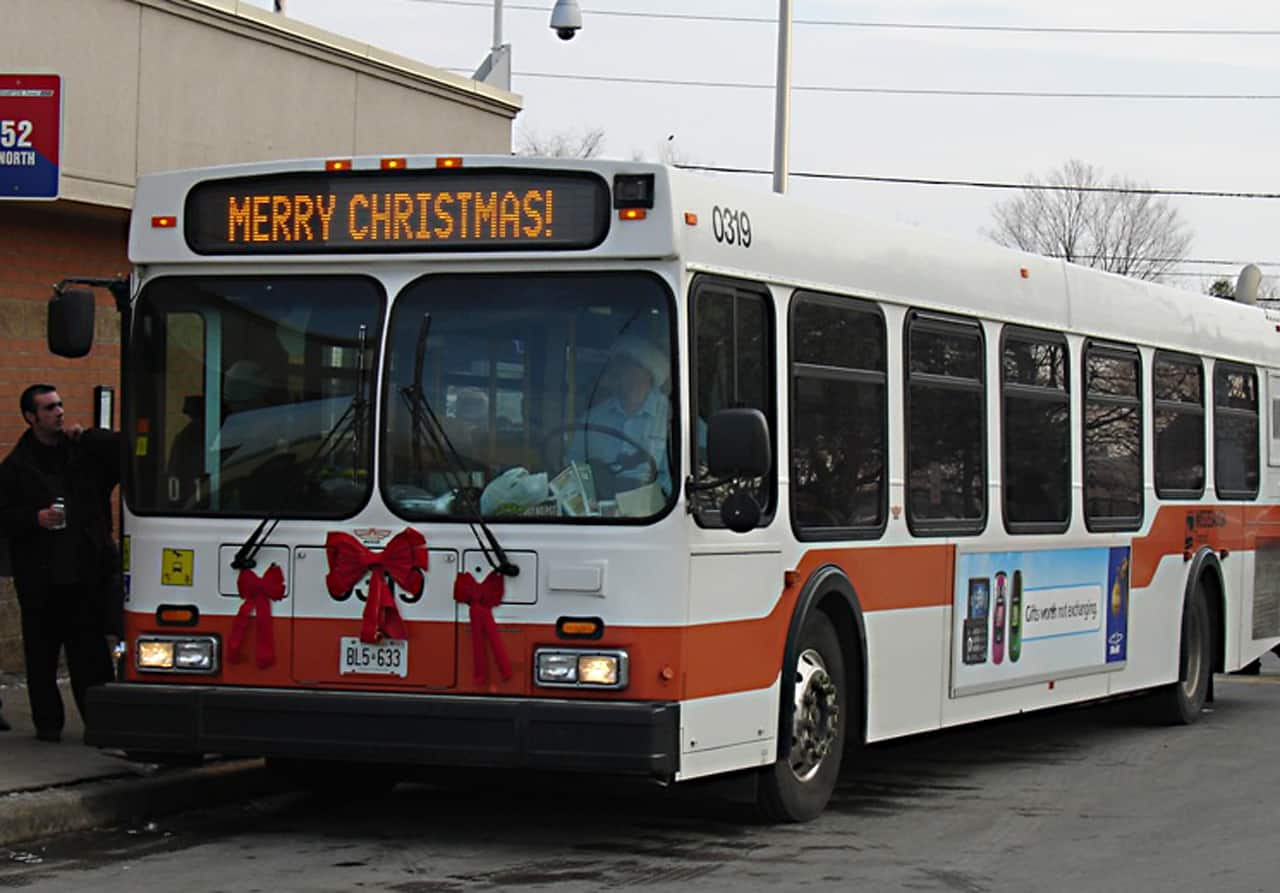 Mississauga MiWay bus drivers now have the option to display a Merry Christmas or Happy Holidays message on the front of their bus.

The decision was made quietly, without any formal announcement but some residents have taken note and are not happy.

“At the direction of the Mayor, MiWay transit operators will have the option to display Merry Christmas or Happy Holidays,” a City of Mississauga media spokesperson told insauga.com. “If they choose not to display this message, only the route information will be shown.”

“From an operational perspective, destination signage messages are loaded into the sign program for each bus on an individual basis,” the report reads. “It is then up to each driver to decide if they would like to display a message in addition to the required route information. ”

One person resident is so upset with the change to Christmas messaging, he has started a petition to ask the city to reverse the decision.

In a petition titled, “City of Mississauga bring back the PR Merry Christmas and Happy Holidays on your buses”, Darryl Gonsalves asks council and Mayor Bonnie Crombie to bring back the messaging.

“This year is the first year the City of Mississauga and Miway has apparently gave in to cancel culture and has been erasing the PR message on their Miway buses that the drivers could select to say either ‘Merry Christmas’ or ‘Happy Holidays’,” the petition reads.

There was no positive reasoning that these season greetings were cancelled, the petition continues.

“We are asking for the City Council and Mayor Bonnie Crombie to bring back these PR messages to the buses that allow the drivers to show this uplifting and positive message for this time of year,” Gonsalves writes.

“This is one time we need strong leadership to say enough is enough with the cancel culture.”

The petition had gathered nearly 700 signatures as of Friday (Dec. 16) morning.

The City of Brampton decided to remove the Merry Christmas messages from its buses back in 2015.

@citymississauga Should be ashamed for removing “Merry Christmas” from Miway’s bus destination signs!!!!Shame on you !!!!