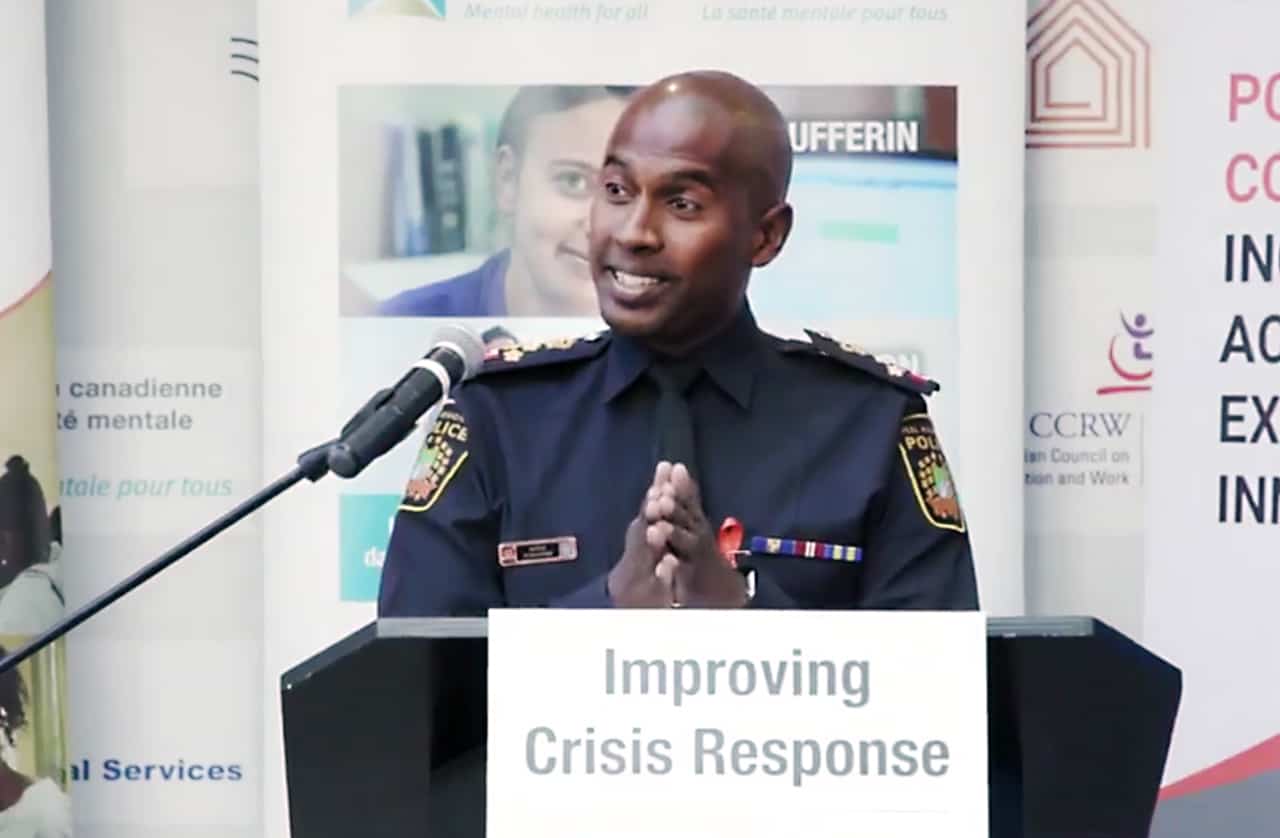 In a first for Ontario, trained crisis workers will respond to some emergency mental health calls rather than police in Mississauga and Brampton starting this week.

The pilot project will dispatch a team of two crisis workers to respond to calls reported to Peel Regional Police that involve mental health or addictions and do not require a police response, said David Smith, CEO Canadian Mental Health Association at the project launch on Sept. 29.

In 2021, Peel Regional Police officers spent 41,000 hours on mental health calls, said Peel police Chief Nishan Duraiappah. There were almost 900 overdose calls and approximately 5,000 calls for service for people who are homeless or have no fixed address in 2021.

This new approach to mental health and addictions will not only save police officers time but also provide a more appropriate response.

“This allows my people to egress out of reactive response to situations that our partners are far better and the most equipped to deal with is the best way to serve our residents,” said Duraiappah.

Adding a crisis worker to respond with a police officer is a model that’s happening already across Canada but this program is unique, he added.

In this program, two crisis workers will respond without police. And there will be a crisis worker in the 911 communications centre who will triaging calls. In addition, the program offers a culturally appropriate response.

“So this is the first time in Ontario that we’re seeing this model with this ethno-cultural lens coming through our 911 dispatch system,” said Duraiappah.

“We believe this is a program that could save lives,” said Carter.

“We know it is extremely difficult for individuals from certain communities who are experiencing mental health or addiction issues to seek help due to the stigma associated,” Carter said. “Very often, they wait until the situation becomes dire, when drastic action may need to be taken.”