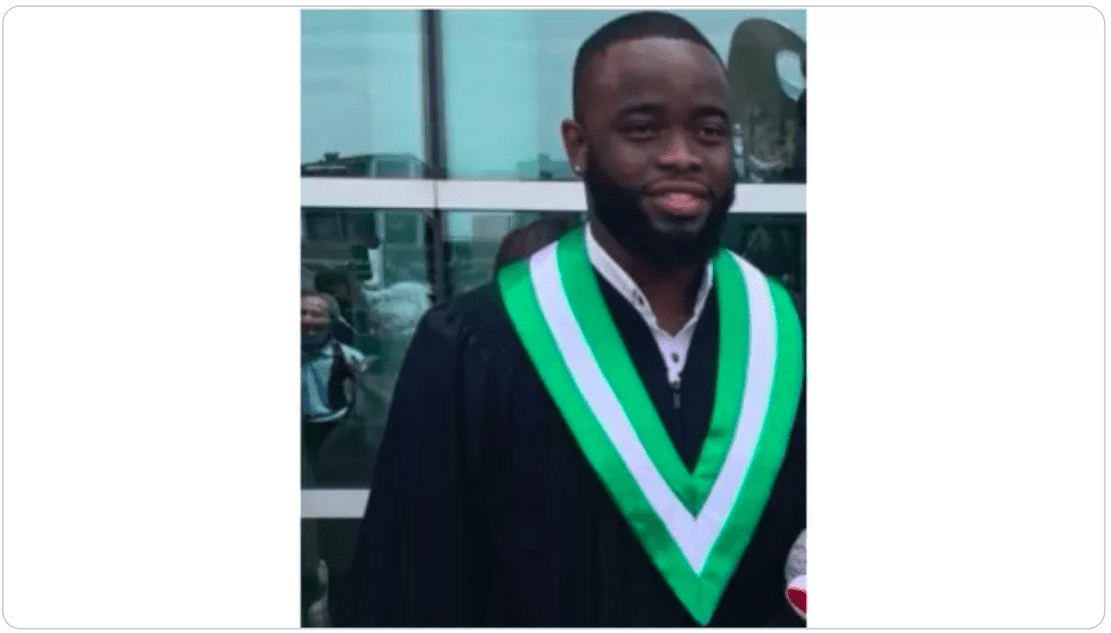 Chibueze Momah. 22. was shot down in the nightclub he was guarding last night. Via GoFundMe.

Police have identified the two men shot and killed in Vaughan last night as security guards defending the nightclub where shots rang out.

Gunfire cracked the early morning quiet at the ATL Lounge, a nightclub on Hwy 7 near Keele St, around 3:30 a.m. July 24. Three people were stuck in the shooting, two of whom later succumbed to their wounds.

York Regional Police later identified the men killed as Tosin Amos-Arowoshegbe, 25 of Toronto and Chibueze Momah, 22 of Mississauga. The pair were both hired by ATL Lounge as security guards.

Momah’s aunt Maureen Mrabure has set up a Gofundme campaign to cover funeral expenses. She confirmed Momah was an international student from Nigeria who had just finished his diploma at Durham College.

He was working a security and as a cook to support himself while looking for an entry-level position in his field. He was also set to go to university for a degree.

“Eze was murdered on duty when a shooter returned to the club and could not enter the front doors, he began to fire multiple rounds through the glass,” Mrabure wrote, “Eze, unfortunately, was blindly struck from behind and did not have any chance of survival as a bullet struck his carotid artery.”

The money raised will also go toward flying Momah’s parents and five sisters to Canada for the funeral.

The third victim, a 20-year-old woman and customer, was rushed to hospital where she remains in stable condition

Police say there was an altercation inside the club that led to the shooting. They believe this is a targeted attack.

The suspect is described as a Black man in his with a thin build, and wearing a white shirt. He ran from the club after the shooting and before police could arrive.

YRP is calling on any witnesses or those with footage of the area to come forward. Anyone with information regarding the shooting can call the York Homicide Unit at 1-866-876-5423 ext. 7865, or CrimeStoppers anonymously at 1-800-222-TIPS.