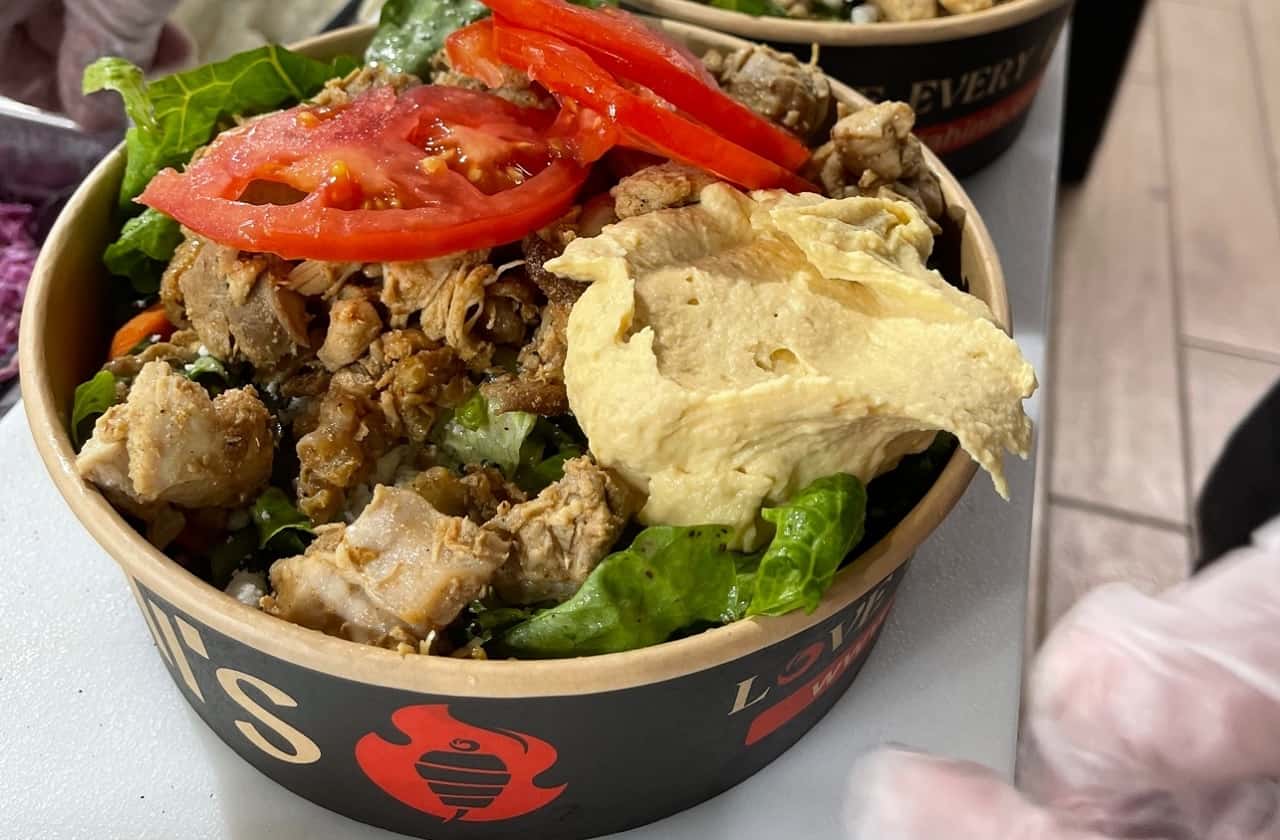 Tahini's launched in the London. Ont., area in 2018 and has been adding locations in Central and Southern Ontario. (Facebook/Tahini's)

A made-in-Ontario mediterranean restaurant chain has come to West Hamilton, serving up shawarma not far from McMaster University.

Tahini’s, a Middle Eastern fast-casual restaurant, is currently having a soft opening for its first Hamilton location at 1554 Main St. W., on the north side of the street between Hollywood and Thorndale streets. The location is in the soft opening phase — but is offering 50 per cent off all sandwiches and bowls at its grand opening on Sunday, Aug. 29 — possibly timed to coincide with the moving-in day appetites of McMaster students and their families.

Brothers Omar Hamam and Aly Hamam, who are based in London, Ont., rebranded a downtown restaurant that they were running in that city to Tahini’s in 2018. There are now four locations in London. The Hamilton franchise is the chain’s eighth.

According to the restaurant’s website, locations in Oakville and Oshawa are also coming soon.