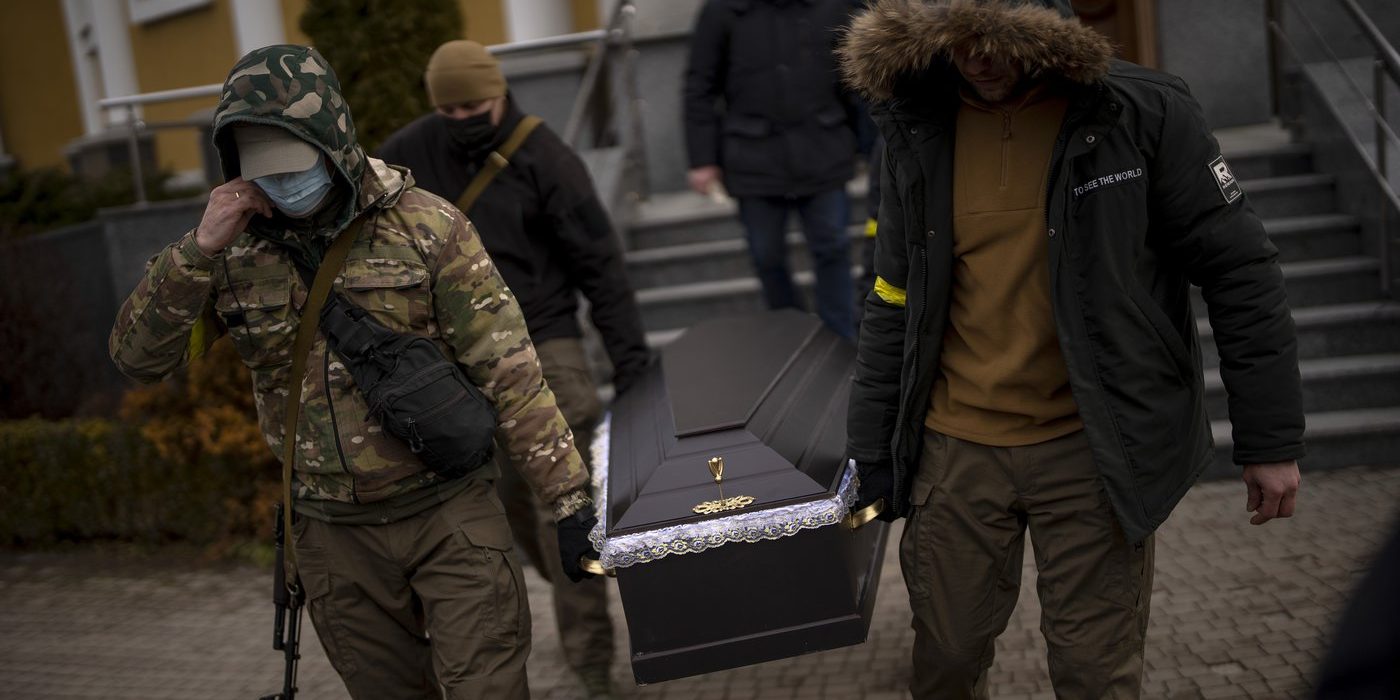 McMaster University in Hamilton is offering support for Ukrainian students after Russian forces pressed on with their week-old offensive on multiple fronts and the number of refugees fleeing Ukraine topped 1.2 million.

McMaster University in Hamilton is offering support for Ukrainian students as Russia continues its invasion of Ukraine.

As a member of the international group Scholars at Risk, McMaster says it has had discussions about how to best support students and faculty adversely impacted by this and other conflicts.

“We recognize the distress and anxiety that they must be suffering at this time, especially our students,” said McMaster President David Farrar. “As an institution, we will continue to support this community and find ways to help during the troubling weeks ahead. This includes extending student housing to international students from impacted countries who may not be able to return home at the end of term.”

The following supports are available through McMaster:

“These events remind us of the interconnected nature of our world. As an academic community, we should take time to reflect on these connections and how we can support our friends and academic collaborators to make a meaningful difference,” Farrar added.

McMaster recognizes the distress Russia’s invasion of Ukraine is causing for our community members who have direct or indirect ties to Ukraine and the wider region. Supports are available to those struggling with the impact of current world events. https://t.co/aBGI6ISvje

Russian troops seized the biggest nuclear power plant in Europe Friday (Mar. 4) after a middle-of-the-night attack that set it on fire and briefly raised worldwide fears of a catastrophe in the most chilling turn in Moscow’s invasion of Ukraine yet.

Firefighters put out the blaze, and no radiation was released, U.N. and Ukrainian officials said, as Russian forces pressed on with their week-old offensive on multiple fronts and the number of refugees fleeing the country topped 1.2 million.