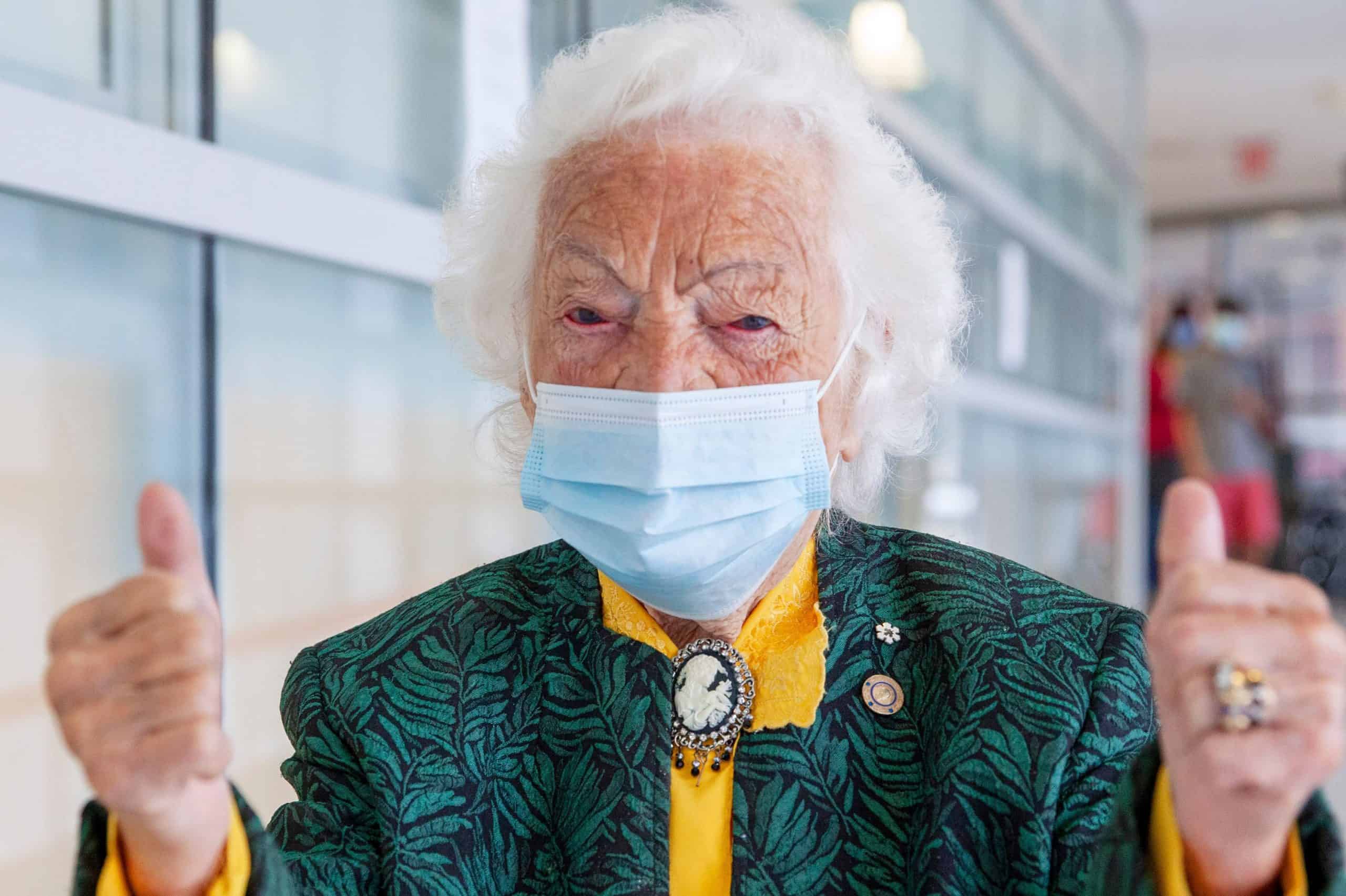 Exciting news! THP Honorary Guardian Hazel McCallion, 100, stopped by to receive her second dose of the #COVID19vaccine today — double thumbs up for being fully vaccinated.

"I feel I'm protecting myself, my family, my friends and the community," she said. pic.twitter.com/urbZVeMYhm

Reminder: THP’s vaccine team is phoning all individuals ages 80+ who received their first dose at one of our vaccine clinics to offer an earlier second dose appointment.

This process will continue as eligibility for accelerated second doses continues to open in the weeks ahead. pic.twitter.com/dbS2nYpRPu

Meantime, Mississauga Mayor Bonnie Crombie has joined the push to make Peel Region a priority for second dose vaccines for citizens of all ages. Brampton Mayor Patrick Brown made a similar appeal to the provincial government on Wednesday.