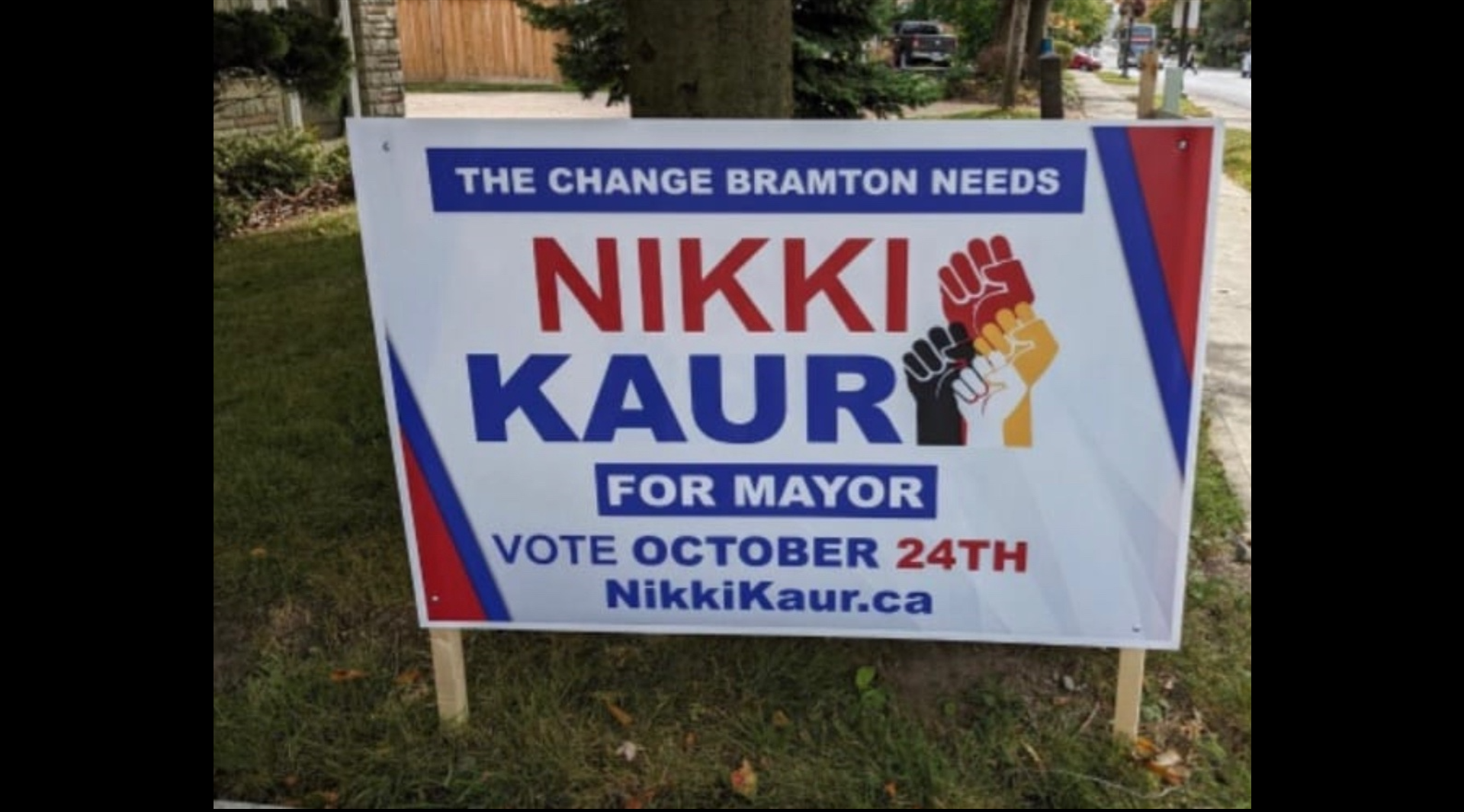 A campaign sign posted on the front lawn of a home in support of Nikki Kaur as the next mayor of Brampton has not correctly spelled the city’s name.

She wants to be mayor of Brampton. And she can’t spell Brampton. You can’t make this stuff up.#brampton #topoli #onpoli #cdnpoli pic.twitter.com/m8PfGPWwki

Signs are going up all over Brampton… Kouvalis and Weider should have spell checked the signs of their candidate. Leave the “P” in Brampton might become a “P”atrick Brown campaign slogan. #brampoli #brampton #ONpoli #myBramptonIncludesP pic.twitter.com/JnQuYeP5Ji

Some residents say signs on their lawn are spelled correctly, sparking speculation about mayoral opposition Patrick Brown’s involvement in the misspelled sign.

But, a spokesperson for Nikki Kaur said that a small batch of about 100 signs were misprinted and distributed.

Hi Rob! The campaign is booming with countless requests for signs. It’s been hard to keep up with all the support for Nikki! A few signs were put up in error to keep up with the demand. Those few signs are down & have been replaced with new signs.

Kaur is running against Brown, Bob Singh, Vidya Sagar Gautam, Tony Moracci, and Prabh Kaur Mand in the electoral race to be Brampton’s next mayor.