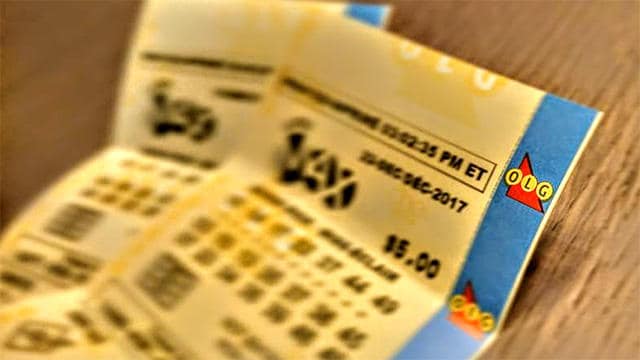 Get your tickets out Ontario!

After eight weeks and seventeen draws, the LOTTO MAX jackpot that was part of a Canadian lottery record top prize pool has finally been won!

There were two winning tickets – one sold in Toronto and the other sold in British Columbia – that will split last night’s (June 22, 2021) $70 million jackpot! Each ticket is worth an incredible $35 million.

There were tons of other life-changing lottery wins across Ontario as a result of Tuesday’s draw, too!

Thirty (30) of the 70 MAXMILLIONS offered last night were won or shared by 46 tickets sold across Canada. Twenty-one (21) of those winning tickets were sold in Ontario:

MAXMILLIONS prizes shared with another ticket sold across Canada:

MAXMILLIONS prizes shared with two other tickets sold across Canada:

MAXMILLIONS prizes shared with three other tickets sold across Canada:

Since its launch in September 2009, Ontario LOTTO MAX players have won over $6 billion, including 85 jackpot wins and 713 MAXMILLIONS prizes, across the province.

OLG reminds players that they can check their tickets from home on OLG.ca, by using the OLG Lottery App on their mobile device, signing up on OLG.ca for winning number email alerts or by calling our WIN! Line at 416-870-8946 (Toronto area) or toll free at 1-866-891-8946 (outside Toronto area).