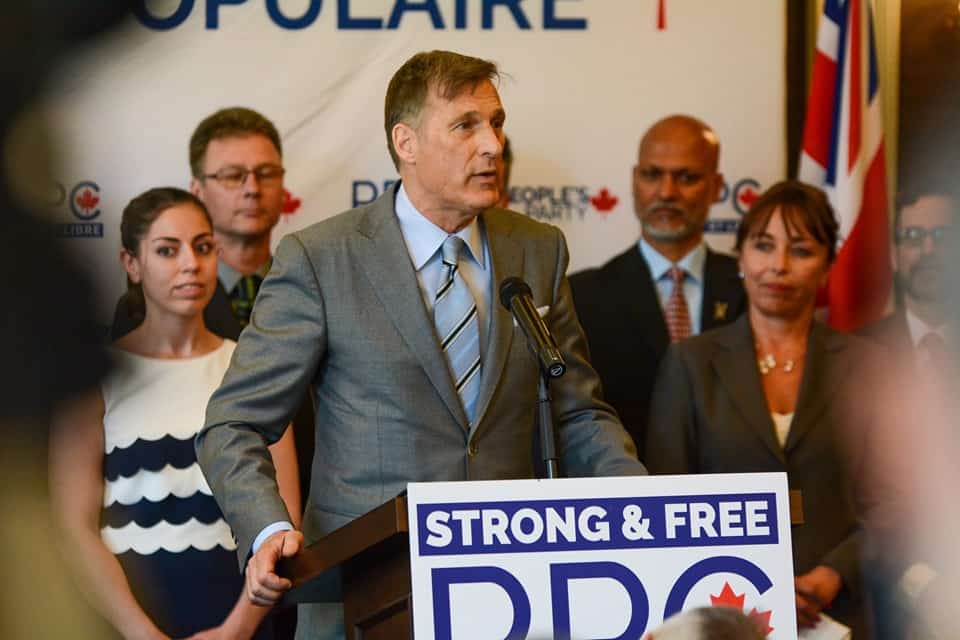 What did the leader of the fledgling and upstart People’s Party of Canada have to say about immigration when he came to visit his supporters in Mississauga?

Plenty, it would seem…which is not surprising.

At a banquet hall rally outside Malton near Pearson Airport, the former Conservative MP, cabinet minister and one time Tory leadership contender laid out his ideas for immigration policy in Canada.

Bernier started the People’s Party last year after leaving the Tories over differences with the party regarding various ideas and policies, saying the Conservatives were “too intellectually and morally corrupt to be reformed”.

He highlighted a number of proposals to reform the Canadian immigration system such as:

The PPC leader also used his speech to hit back at various critics, including the leaders of both Liberals and Conservatives, as well as ‘elites’ and the mainstream media over accusations that his party is pandering and giving voice to racists and white surpremacists.

“I don’t care one bit about people’s race or skin colour. I have said many times that racists and bigots are not welcome in our party. We care about shared values, culture and identity,” Bernier said, while giving off names of PPC candidates from various ethnic communities.

“The journalists who don’t want to recognize this and keep coming back with questions about bigotry can just take a hike!”, although it was noted that Bernier’s ideas to lower immigration levels and end multiculturalism were also shared by infamous white nationalist Faith Goldy.

Bernier also called on those who want higher immigration levels as the ‘real extremists’, citing an Angus Reid survey that showed 49 per cent of Canadians saying that immigration levels were too high, with only 6 per cent saying the country should accept more immigrants.

“We cannot be the welfare state of the planet.”

He also said it was ‘insane’ for communities to heavily emphasize their cultural, religious and ethnic differences, which has been “one of the main causes of conflict throughout human history.”

“We can already see the consequences in the way ethnic politics has become the norm among the other parties. They don’t talk to Canadians. They address themselves to ethnic voting blocs. To Ukrainian Canadians, Italian Canadians, Chinese Canadians, Muslim Canadians, Sikh Canadians,” saying Justin Trudeau, Andrew Scheer and Jagmeet Singh all pander to ethnic groups.

Reactions online have been somewhat mixed, with supporters and detractors alike opining on Bernier’s speech. 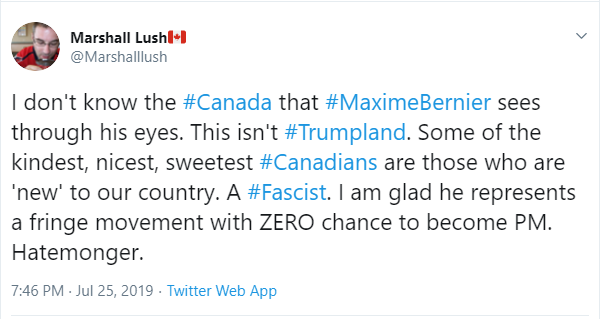 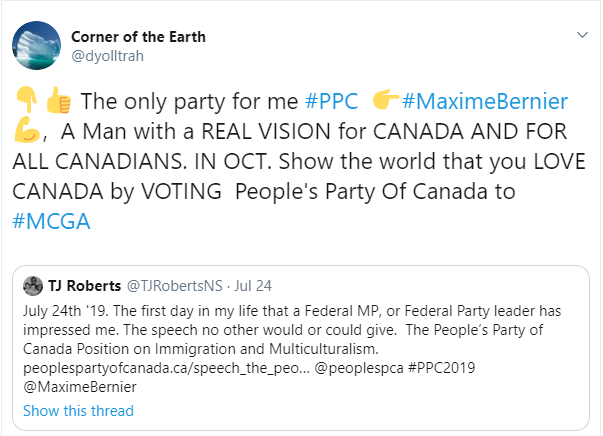 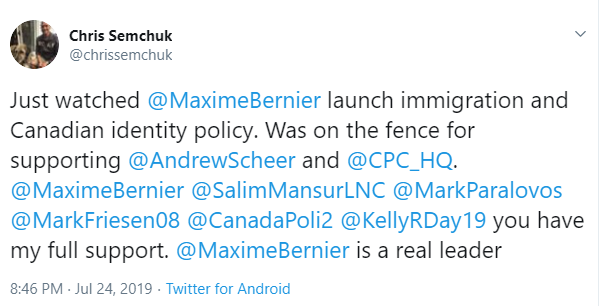 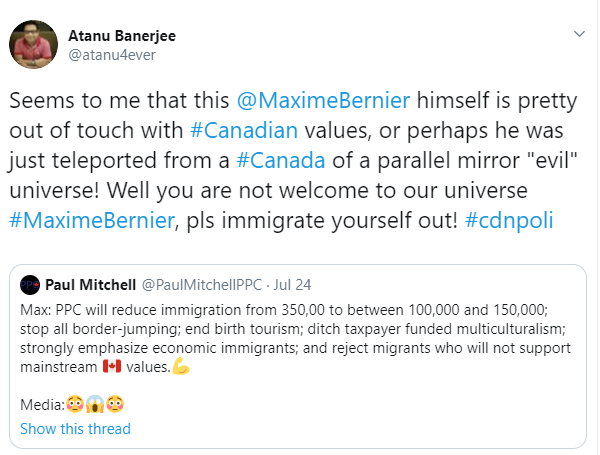 Even though the PPC is currently polling around 1 per cent, more prominent voices, such as the local MP in the Mississauga riding where Bernier’s rally was being held, Innovation and Science Minister Navdeep Bains, felt compelled to respond.

Generations of immigrants, going back centuries, have given everything to help build

The successes of Canadian immigrants Bains cited were “a stronger middle class, a more talented workforce and a richer, more diverse society”.

Bernier heads off to Saskatchewan where he will unveil his slate of candidates in that province. The PPC currently has around 280 nominated candidates for the October 21 election.

What do you think of Mr. Bernier’s proposals on immigration?