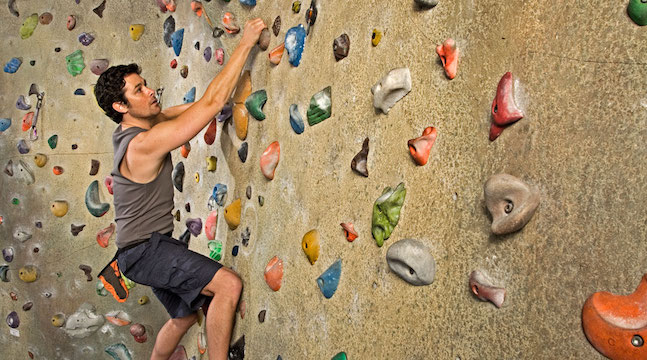 There’s nothing quite like the thrill of rock climbing, though options for indoor climbing in Mississauga have never been too impressive.

That should hopefully change with the arrival of a new, bouldering-specific climbing gym called Up the Bloc, set to open sometime in Fall 2016.

For those unaware, “bouldering” is a type of rock climbing that makes do without safety equipment such as ropes and harnesses. It simulates the feeling of danger associated with genuine rock climbing, though of course, mats are placed on the floor to prevent injury from falling.

Up The Bloc promises to deliver 11,000 square feet of “finely crafted bouldering circuits,” in an effort to create the best climbing experience possible.

The gym will be run by Luigi Montilla and Jean-Marc de la Plante, two friends who have been pursuing their climbing hobby for more than a decade. According to Montilla, they will be releasing renderings of the gym sometime this week.