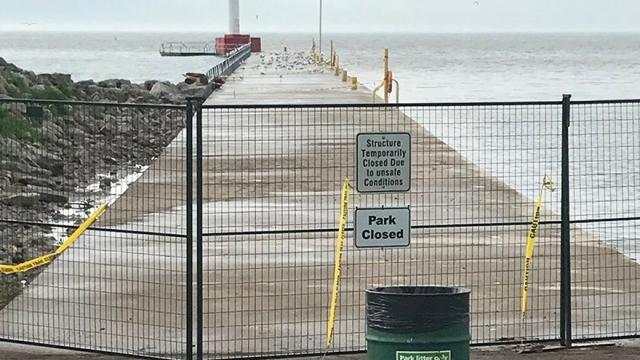 Significant flooding in Oakville in 2017 due to high lake levels officially has a price tag for repairs.

And it’s quite a hefty bill.

Significant flooding in Oakville in 2017 due to high lake levels officially has a price tag for repairs.

And it’s quite a hefty bill.

Town council voted to approve a 2018 restoration funding request of roughly $3.8 million during an April 3 meeting.

Last year the level of Lake Ontario was the highest it’s been since 1918.

The high water and a number of rain and storm events created significant flooding and erosion across lakefront parks and within Bronte and Oakville harbours.

“The lakefront parks and trails were closed for extensive periods of time over the course of the year to ensure public safety. The launch of the boating season was significantly delayed for the clubs in both Oakville and Bronte harbours,” a report reads.

“Several special events had to be relocated. Significant damage was sustained in all of these areas due to the prolonged flooding period.”

Staff identified these restoration projects as high priorities for completion in 2018:

The town will also replace and relocate the Bronte Harbour launch ramp, repair the supporting launch ramp seawall and make a number of infrastructure repairs required at Oakville and Bronte Harbours.

Council approved $3,789,000 in funding to cover the restoration costs with $2,035,000 coming from the general working capital reserve fund.

An updated claim for cost recovery will be sent to the Ministry of Municipal Affairs.

If the application is successful, funds will be returned to the applicable funding source.

“It’s important that we undertake these restoration projects so that residents can fully enjoy these spaces as soon as possible.”

Staff continue to monitor lake levels which were about 150-200 mm, or six to eight inches lower than they were at this time last year.

Work could begin this summer.

Photo courtesy of the Town of Oakville