Massive Food Festival About to Kick Off in Mississauga 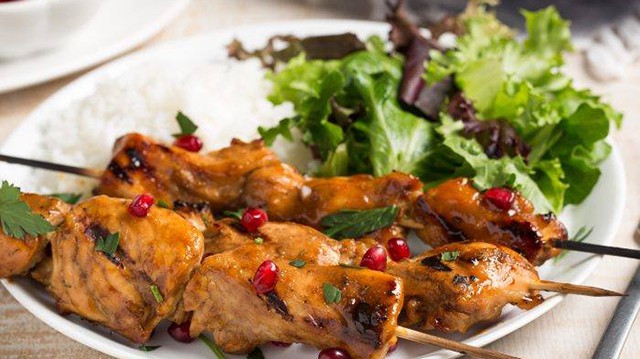 Summer is perfect for many things–safe sunbathing (with sunscreen, of course), hiking, biking, patios and, last but not least, food festivals.

And fortunately for Mississauga residents, a massive food festival–the largest of its kind in North America, in fact–is about to hit the city.

Halal Food Fest Toronto (HFFTO) is returning for it sixth consecutive year, kicking off on Saturday, July 14 and running until Sunday, July 15 at The International Centre in Mississauga.

The event will boast over 200 of the Toronto area’s best known halal restaurants, bakeries, manufacturers, specialty stores and artisan vendors.

This year’s show expects to attract over 35,000 visitors from around the GTA and across the border.

“The Muslim population in Canada is the fastest-growing religious group and the needs of this market continue to grow,” says Faizal Kagdi and Salima Jivraj, co-founders of Halal Food Festival Toronto. “Foodies – Muslim or not – are always excited to attend each year to see what new things they can try during the two-day festival’

Organizers says this year’s opening ceremony will be hosted by Mark Strong, in-arena host for the Toronto Raptors, on Saturday, July 14 at 3:00 p.m. on the Redpath Stage.

Attendees can also catch a session from HMA Canada (Halal Monitoring Authority) on the value and importance of halal certification. Guests can also check out the Cake Walk cake decorating competition, which will be judged by a slew of high-profile food aficionados, including MasterChef Canada finalist Reem Ahmed and Michigan-based MasterChef contestant Amanda Saab.

The festival will also feature a 14,000 square foot Kids Zone, a baby lounge for families with young children, a dedicated shopping bazaar, and complimentary parking.