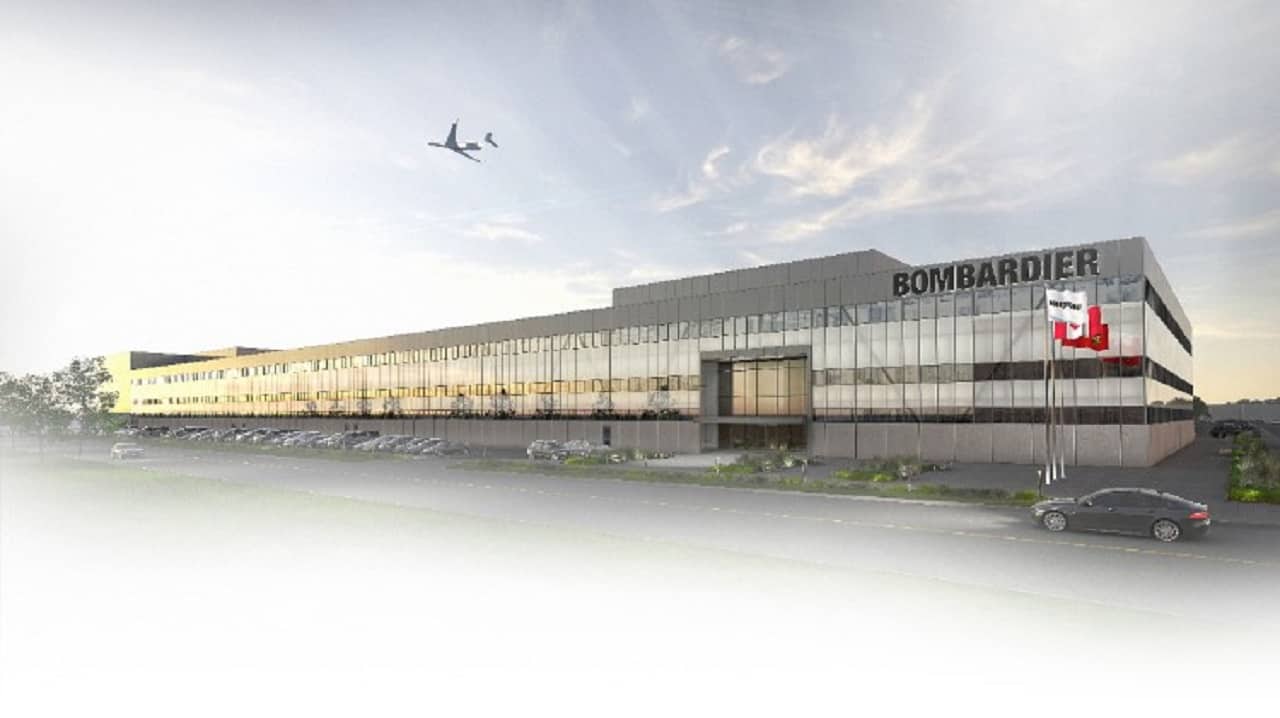 Construction of a one million-sq.-ft. business jet manufacturing plant at Mississauga’s Pearson Airport is on schedule to be completed in 2023.

Despite the universal slowing effects of the COVID-19 pandemic, Bombardier’s “ultra-modern and high-tech” Global Manufacturing Centre is moving full-steam ahead, with the next phase of the massive project slated for completion by the end of November, airport officials say.

The Greater Toronto Airports Authority (GTAA), which oversees Pearson Airport, says the new facility is expected to create about 3,000 jobs and help to rebuild the Airport Employment Zone, which pre-COVID was home to the second-largest concentration of jobs in Canada. 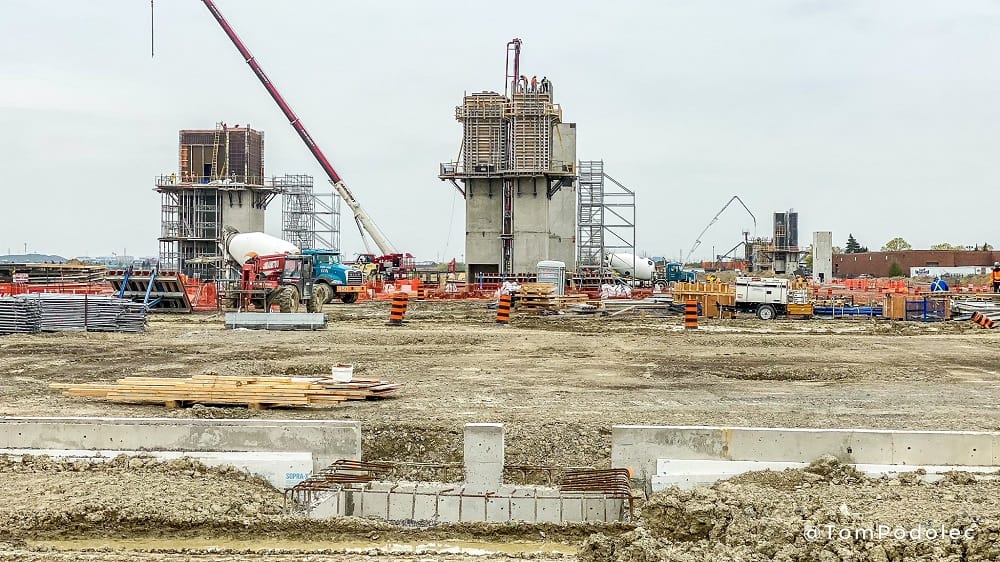 GTAA officials say work has been ongoing since March, and they’ve been keeping area residents and businesses up to speed on the project. Since August, crews have been working on the facility at night to accommodate the increasing daytime traffic levels at Pearson as well as to minimize impact on the surrounding community.

When the plant opens, it will be home to the most advanced aircraft manufacturing processes in the world, says Bombardier, which with more than 68,000 employees is a global leader in the transportation industry. The Montreal-based firm, with facilities in 28 countries, also builds trains.

“…the cutting-edge facility will optimize final assembly operations for all Global business jets, including the industry flagship Global 7500 business jet,” said Bombardier, which has signed a long-term lease agreement with the GTAA to remain at the location. “The (plant) will also reinforce Canada’s leading position in the business aviation market.”

Global’s current final assembly plant is in Downsview, some 20 kilometres from the Pearson site.

Bombardier President and CEO Alain Bellemare said, “…it’s a strategic move for Bombardier and a strong commitment to Ontario’s aerospace industry. It will allow us to offer world-class career opportunities and continue fueling the economic development of the region for years to come.”

Mississauga Mayor Bonnie Crombie said earlier she’s thankful Bombardier chose the Mississauga site for its plant, which will be capable of building as many as 100 aircraft each year.

“Bombardier could have chosen many other places in the world to locate its new Global Manufacturing Centre, but they have chosen Mississauga,” said Crombie. “Our city welcomes this investment as it will bring new, high-quality jobs, boost economic growth and help raise Mississauga’s profile as a global aerospace hub, home to Canada’s largest aerospace cluster.”

Bombardier says the massive plant will combine thousands of highly skilled workers with 21st century production and tooling innovation. Among other capabilities, they’ll employ a state-of-the-art automated positioning system that uses laser-guided measuring to ensure major aircraft structures, such as the wing and fuselage, are joined consistently and perfectly each time.

“Combining human ingenuity with the most advanced machines, the Global 7500 final assembly line…is a testament to the industry’s most advanced business jet,” Bombardier says, adding the company’s commitment to the GTA will also, among other things, strengthen collaboration with Ontario’s colleges and universities for world-class training, research and development.

According to the GTAA, the area around Pearson is the second-largest employment zone in Canada. Pre-COVID numbers show the airport facilitates 6.3 per cent of Ontario’s GDP, directly employs 49,000 people and facilitates more than 300,000 jobs throughout the province.