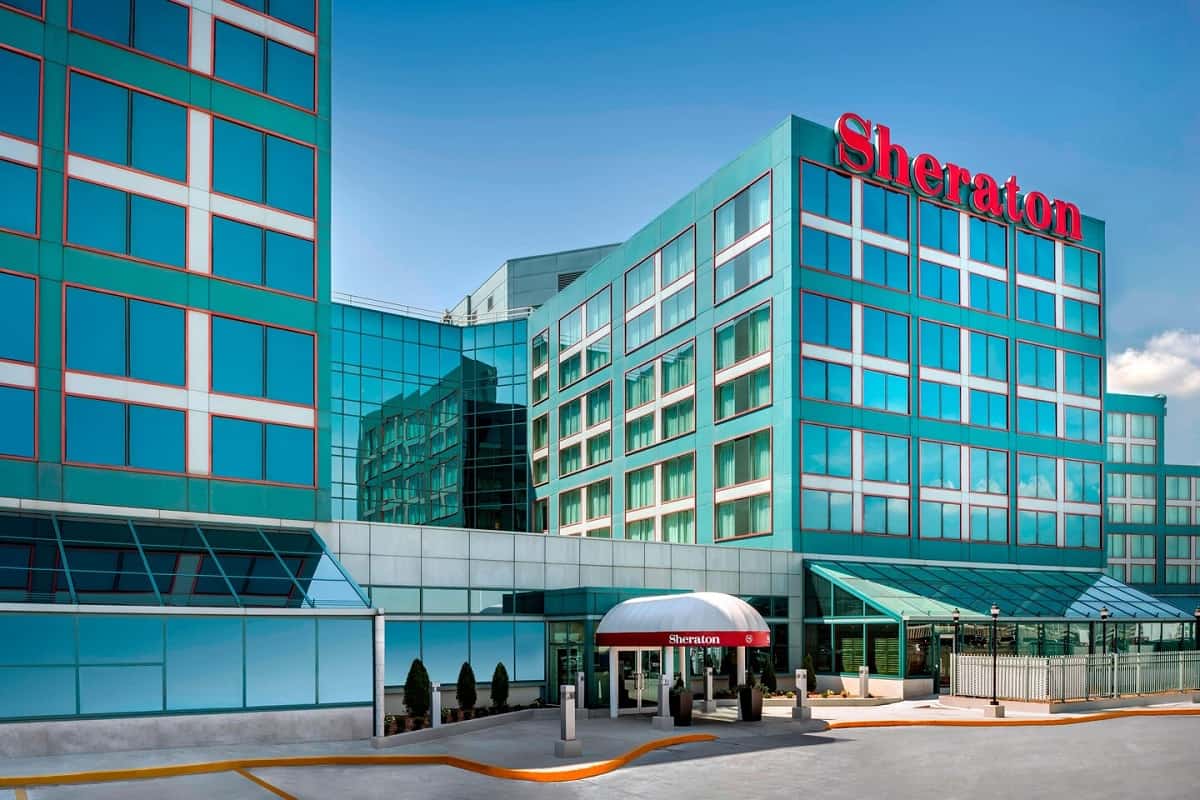 The Sheraton Gateway at Pearson Airport in Mississauga has undergone a $30-million makeover that has dramatically transformed the 484-room hotel.

The huge hotel is in the final stages of an overhaul that has “completely reimagined the entire property,” Sheraton officials say. It’s the first Sheraton property in Canada and one of only a handful around the world to fully debut the “new global vision of the Sheraton brand, a pillar of Marriott International’s portfolio” of hotels.

Built in 1991 and having hosted hundreds of thousands of guests, the Sheraton Gateway was in need of a major facelift, the hotel chain says. And the timing, it notes, couldn’t be better as people start to travel by air in larger numbers once again as COVID-19 pandemic restrictions have loosened in time for the holiday season. 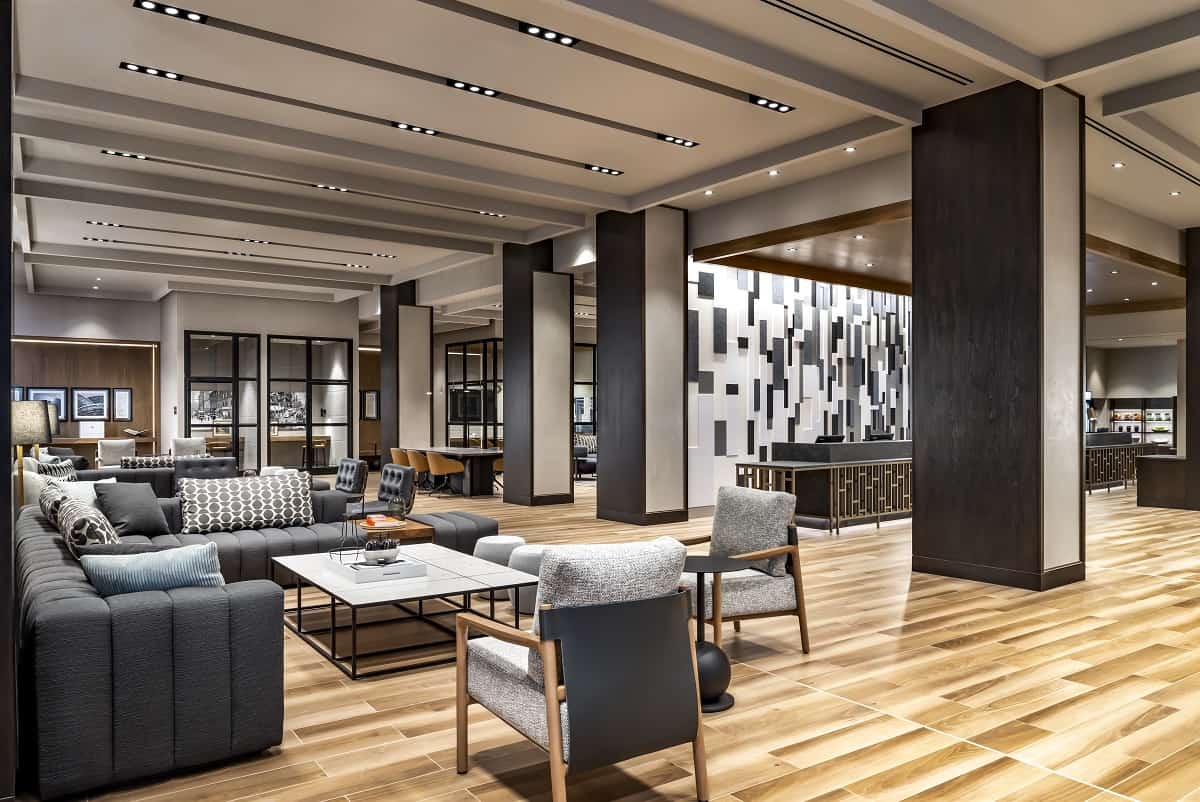 The spacious lobby at the newly-renovated hotel. (All photos: Sheraton Gateway)

Sheraton Gateway consistently ranks among the most visited hotels in Canada, officials say.

“The transformation is nothing short of a metamorphosis,” said Jennifer Kazlauskis, Sheraton Gateway’s director of sales and marketing. “Our loyal guests who’ve recently returned are blown away. You can see it on their faces as they walk in. They can’t believe they’ve stepped across the terminal and into the same hotel. The difference is night and day.”
Toronto-based Knightstone Capital Management bought the property in November 2019 and immediately went about major renovations.

A key component of the massive makeover is the new, well-lit lobby, which has been reinvented complete with high ceilings and plenty of room to become the “public square” of the airport hotel, Sheraton says. 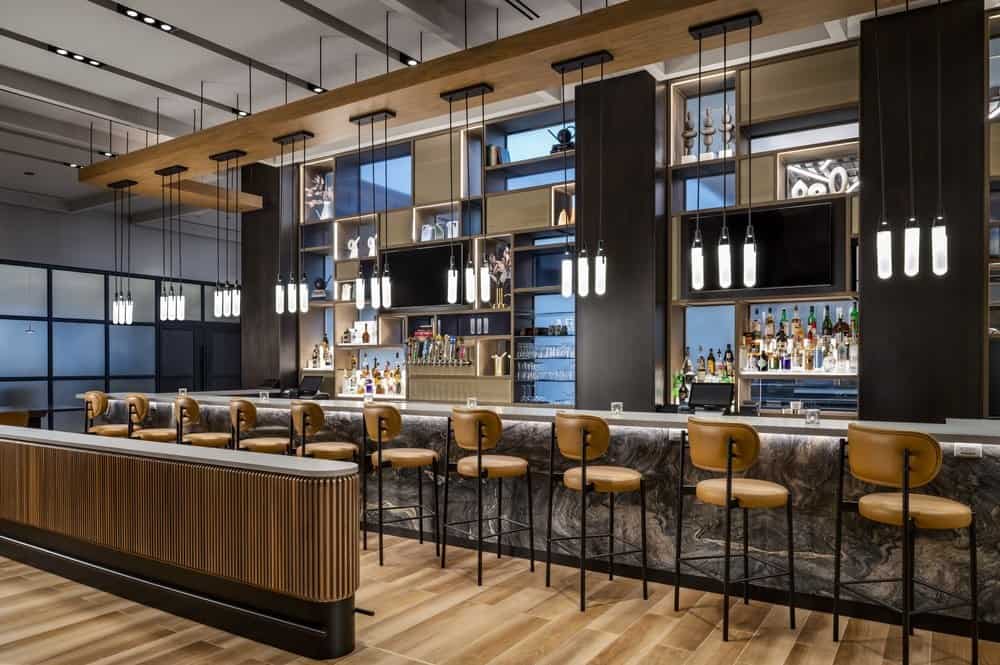 It’s a “holistic, wide open space that invites people to join together, or be along amongst others, creating a sense of energy and belonging,” the hotel says.

Guest rooms, which are nearly 400 sq. ft. in size and start at $229/night, feature a warm, residential appeal, king and queen platform beds and a 55-inch mounted TV.

The Sheraton Gateway Hotel at Toronto Pearson Airport has been given a makeover that's nothing short of outstanding, with stylish/sleek new design elements, a new restaurant/bar and more. https://t.co/OschYUKfhL @SheratonGateway @SeeTorontoNow @sheratonhotels #travel #Toronto pic.twitter.com/KPVDaUM0Sl

Other hotel features include: 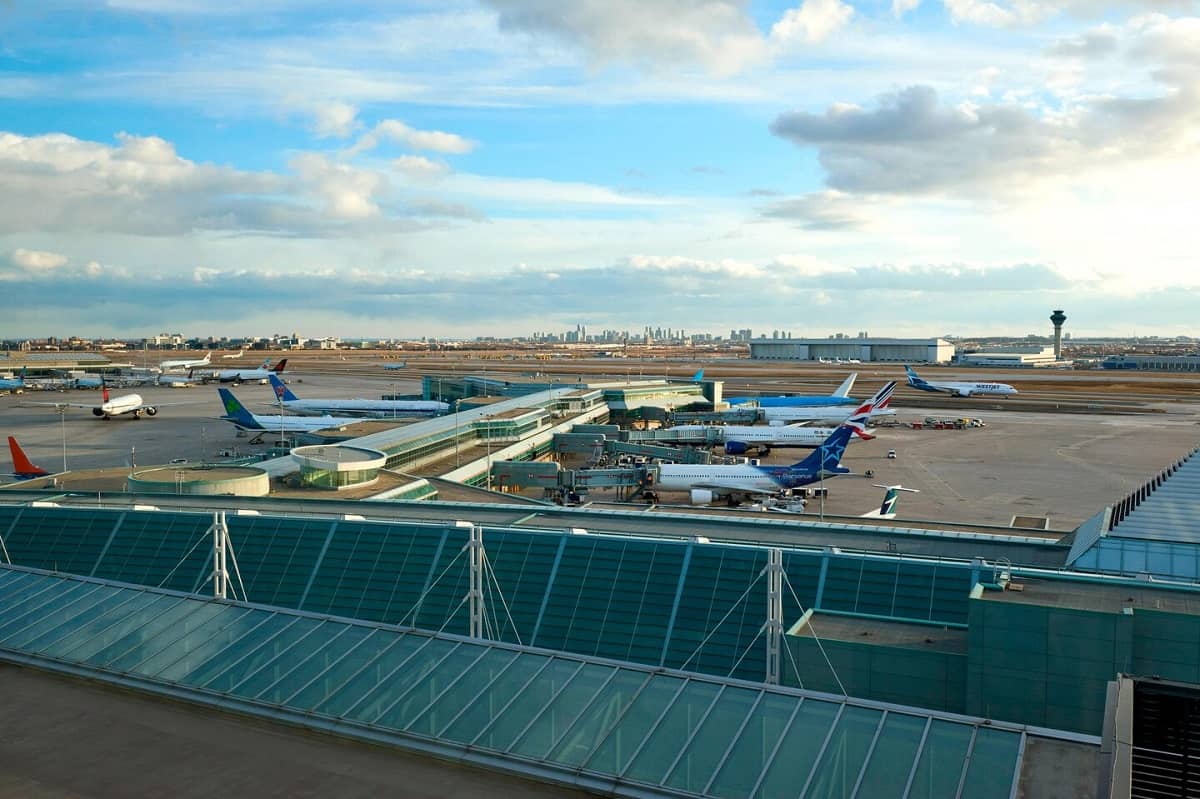 The revamped Sheraton Gateway also prioritizes mandated mask wearing for all employees inside the hotel and the use of disinfectants recommended by the public health officials.
“Our new home reflects our shared values for community and connection and prioritizes cleanliness and convenience without sacrificing style,” said Douglas Brennan, general manager of Sheraton Gateway. “And while it seems like everything has changed, our exemplary service remains. For three decades, guest reviews consistently called out the attentive service they received here. As we mark this milestone, we’re more ready than ever to carry on that tradition as we help guests navigate the new realities of travel.”