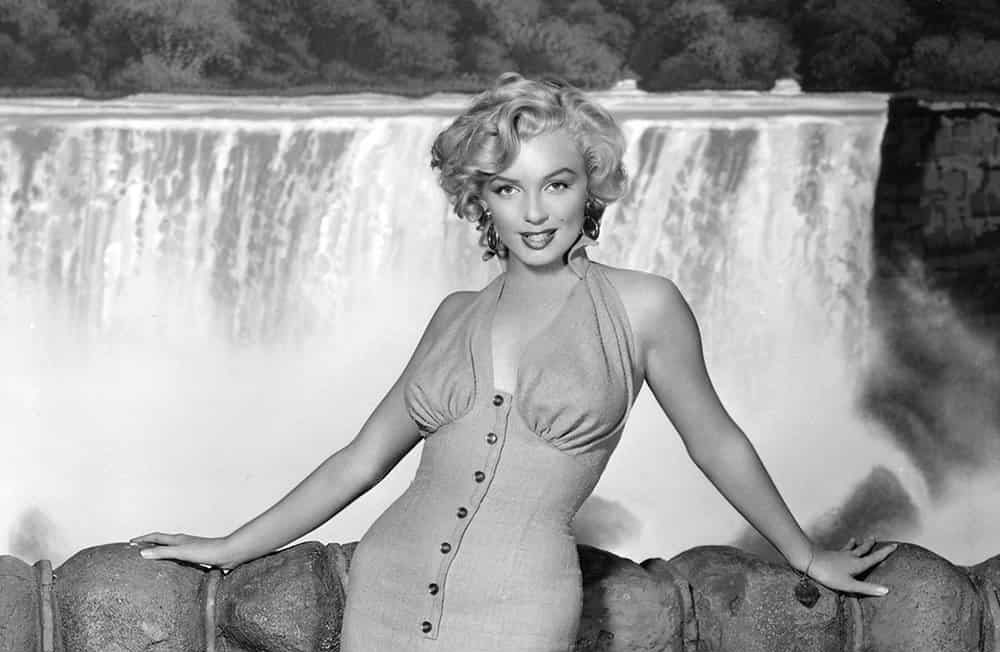 Back in June 1952, then-starlet Marilyn Monroe spent two weeks in Niagara Falls filming the 1953 murder mystery flick, “Niagara,” a fact very well-known in the city to this day.

Even 70 years later, the notion of the still-iconic sex symbol hanging on local Niagara streets – not to mention dozens of publicity pictures with the Horseshoe Falls as a backdrop – still intrigues both Niagara residents as well as those much farther away. 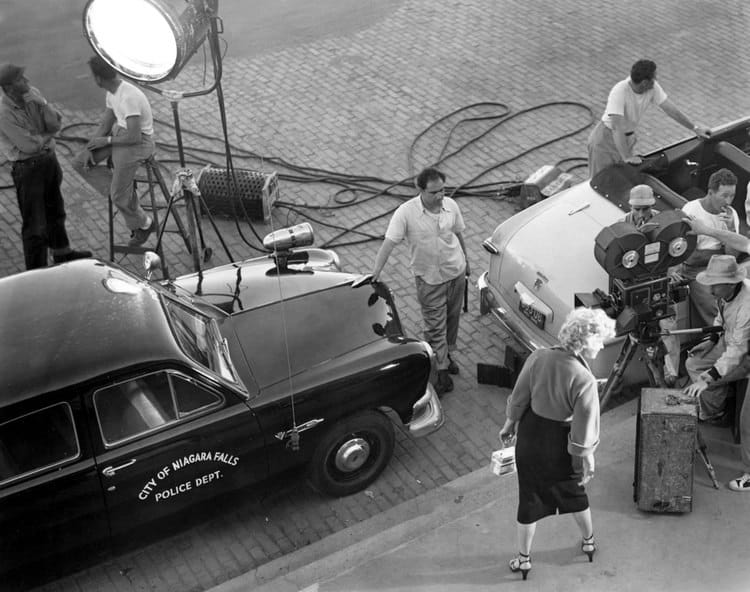 While that is, of course, Monroe, lower right, check out the Niagara Falls Police car on the left.

The movie thrust Monroe into the Hollywood spotlight at the time though by its release at the beginning of 1953, the actress, already a well-known pin-up girl, had gained her fair share of attention and was already renowned for her sexuality.

“Niagara,” one of 20th Century Fox’s biggest hit of that year, was a mystery-thriller and while Monroe was top-billed, it also featured better known actors from that period such as Joseph Cotten, Jean Peters and Max Showalter.

Unlike many murder-mysteries from the early 1950s, which were shot in black-and-white, “Niagara” was shot in colour, partially so that the unintentional co-star, Niagara Falls, would be in full splendor during its close-ups. 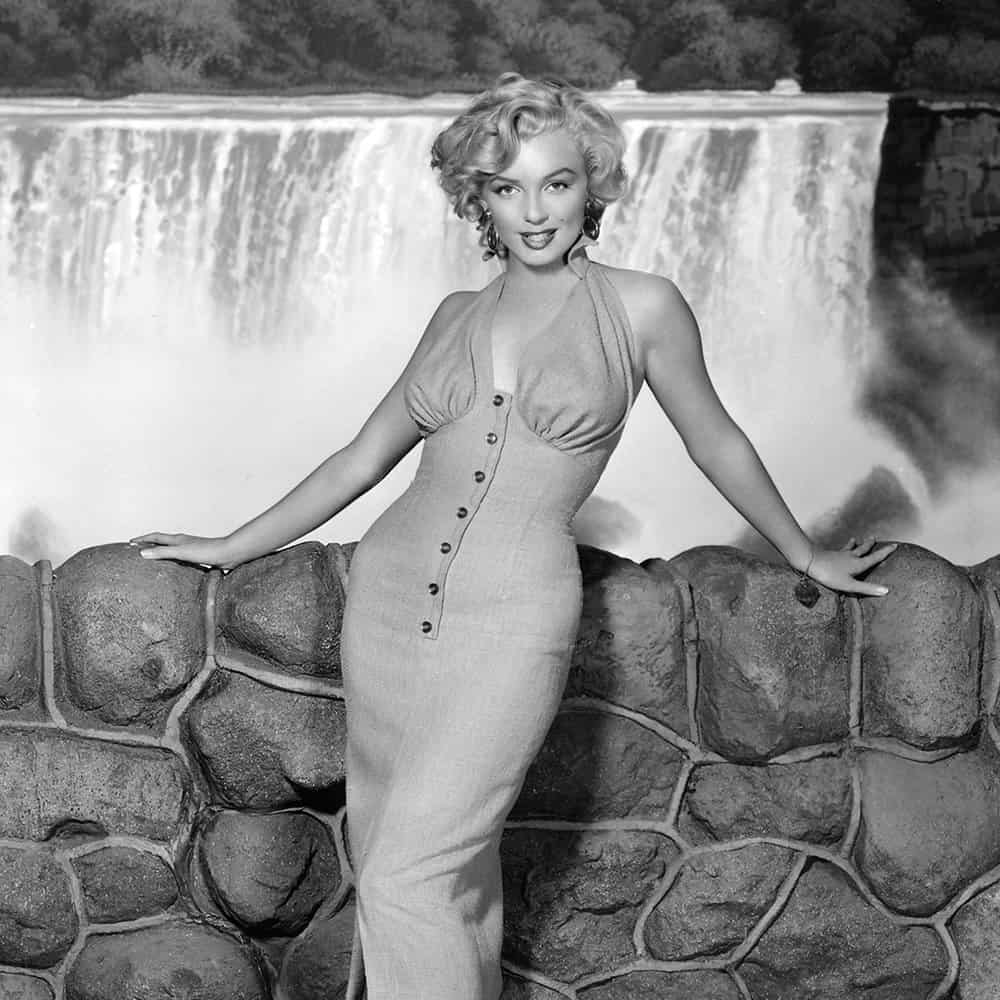 Which is more beautiful – Niagara Falls or Marilyn Monroe? You decide.

When the “world premiere” occurred at the Seneca Theatre in Niagara Falls Ontario on January 28, 1953, the city would never be the same. The scenic beauty of Niagara Falls would be seen by millions. Especially appealing were the scenes in the movie of Niagara Falls illuminated at night.

Niagara became one of the biggest movies of 1953 for Twentieth Century Fox, returning five times its investment of two million dollars in the first year release! 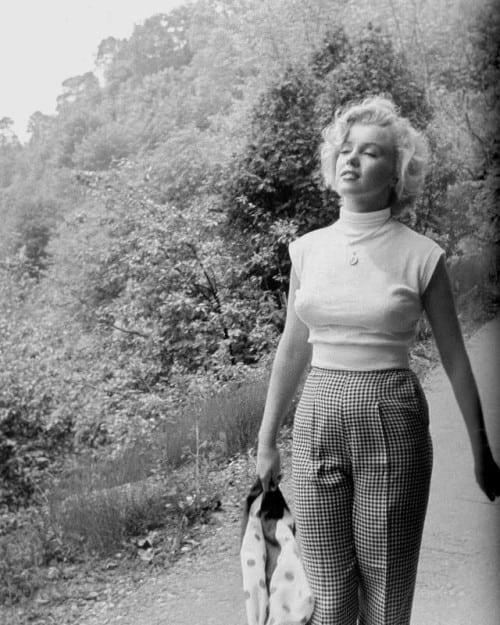 Monroe beside the Maid of the Mist tour boat, left, and on a nearby pathway, right.

A photo of then-starlet Marilyn Monroe at Niagara Falls for the filming on the 1953 murder mystery “Niagara” brought back plenty of memories for Facebook readers.

While most of the promotional photos were in full colour, (see above) there are still a large number of black-and- whites from newspapers, tourist and even the publicity stills.

While she was in town, Monroe stayed in Room 801 of the General Brock Hotel, now called the Crown Plaza Hotel in Niagara Falls, as did co-stars Joseph Cotten and Jean Peters. 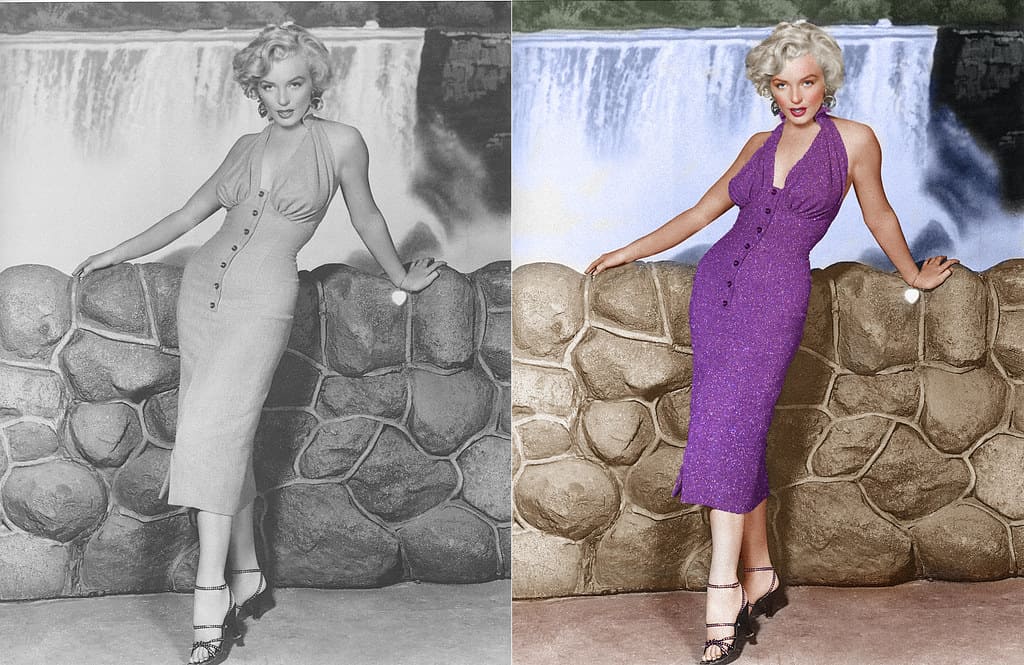 Someone has taken the original black-and-white photo and colourized it.

The hotel, built in 1929, remains filled with pictures of Monroe and the film itself as they line the hallways of the eighth floor. Visitors can still request Room 801, where she slept, at the Crown Plaza but as you can imagine, its availability might be limited given the suite’s star-power. 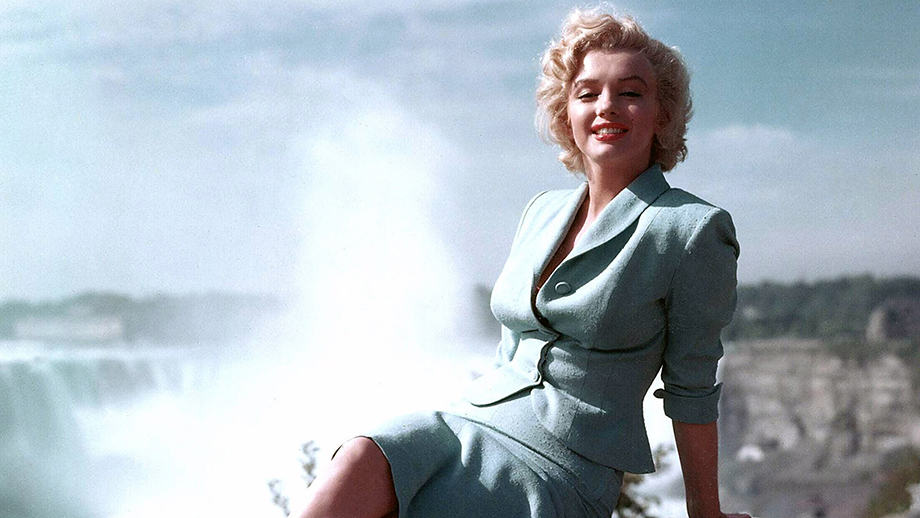 For those who haven’t seen the film, here’s a quick snippet, featuring the song “Kiss,” a popular ditty at the time.