Many stolen bikes still waiting to be reclaimed: Hamilton Police 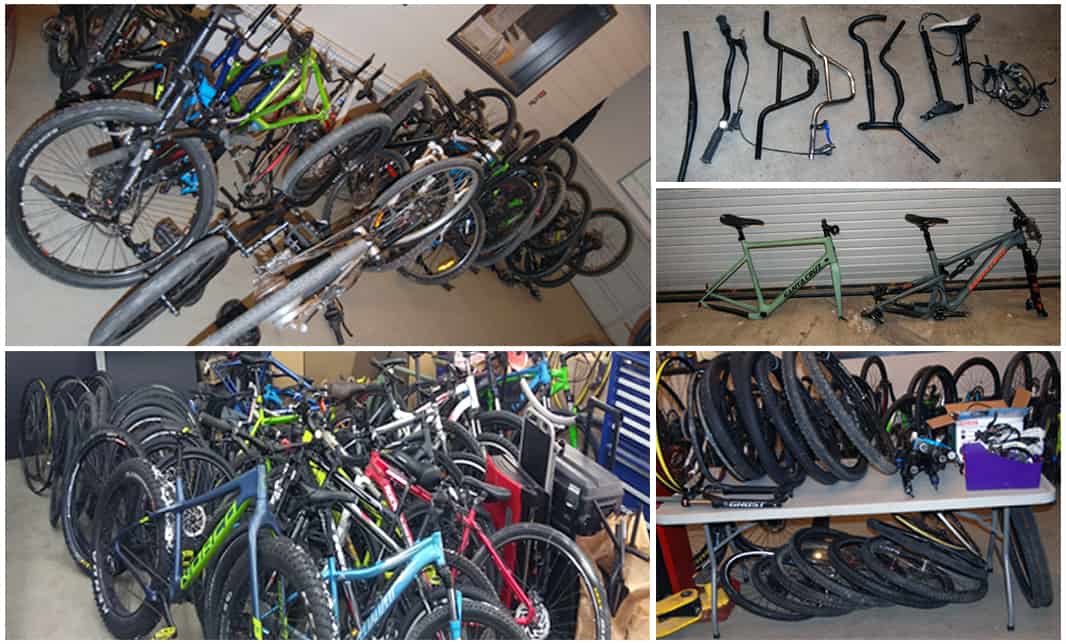 Hamilton Police say there are still a number of recovered stolen bikes they’ve recovered that need to be claimed by their owners.

Hamilton Police say there are still a number of recovered stolen bikes they’ve recovered that need to be claimed by their owners.

The Hamilton Police BEAR Unit said Wednesday (Jan. 15) said they continue to work towards identifying the owners of high-end bicycles recovered during a theft ring investigation.

Several owners have been reunited with their property, police say, but numerous bicycles remain unclaimed.

On Tuesday, December 24, 2019, Hamilton Police announced the conclusion of a two-month investigation into a high-end bicycle theft ring.

The targets were residential and commercial properties in the Ancaster, Aldershot and Dundas areas.

A public appeal was made for owners to contact the police and claim their property. To date, a substantial number of bicycles remain unclaimed.

Hamilton Police have cross-referenced the serial numbers on the bicycles with existing reports. Anyone who reported their bicycle lost or stolen and provided the corresponding serial number does not need to contact the police. Bicycles included in that scenario were returned to their owner.

At this time, police are releasing the remaining inventory details to assist with the process.

If you are the owner of any of these bicycles, you are asked to contact police by email and provide the serial number. Arrangements will then be made to claim the property.