Many NHL All-Stars Are Coming To Brampton Soon 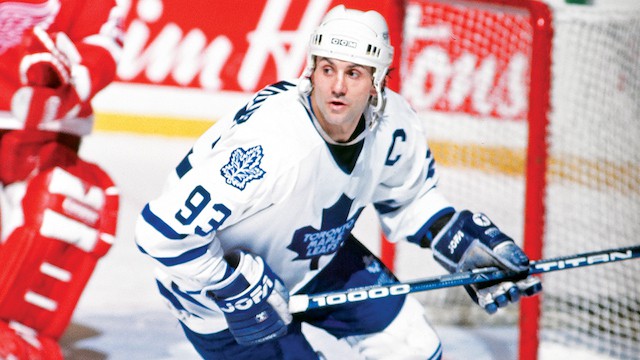 Mayor Patrick Brown announced the launch of a yearly charity event that will support healthcare in Brampton.

The event will take place on August 22nd at 7:00 p.m at the CAA Centre. The game will include a star-studded lineup of NHL All-Stars, as well as Hall of Fame Alumni.

And, now they have announced a lot more NHL celebrities that will be playing.

On August 2, the city announced that Al Iafrate, a former Toronto Maple Leaf player and four-time NHL All-Star, as well as Shayne Corson, a former Toronto Maple Leaf player and three-time NHL All-Star, will be in attendance. NHL Alumni and Hockey Hall of Fame Member Dale Hawerchuk will also be attending the game. Brampton-born Chris Terry, was the last player announced that will be coming to the game.

Raptors “Superfan” Nav Bhatia has been chosen to drop the puck and cheer on the teams from the sidelines.

Hockey Night in Brampton is supporting the Cardiology Program at Brampton Civic Hospital, through the William Osler Health System Foundation.

“Many people don’t know that 100 per cent of the equipment within a hospital is funded by the community. That’s what makes events like Hockey Night in Brampton so important. We are immensely grateful to Mayor Brown for hosting this exciting event in support of Brampton Civic; Community support enables our physicians and staff simply to perform the life-saving work they do every day,” says President and CEO of William Osler Health System Foundation Ken Mayhew.

Tickets range from $12 to $33 and are available at https://www.hockeynightinbrampton.com/support-hockey-night.

Will you be attending the first Hockey Night in Brampton?