Mangoes recalled from stores in Mississauga, Brampton and Ontario due to Hepatitis A 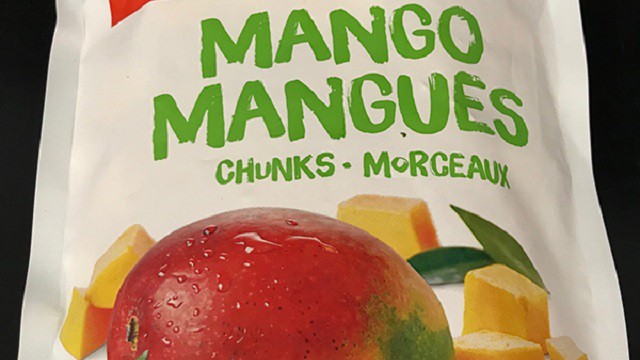 Health Canada is notifying the public about a recall affecting stores in Ontario, including Mississauga and Brampton.

Nature’s Touch Frozen Food Inc. is recalling various frozen mangoes from the marketplace due to possible Hepatitis A contamination.

The affected products are described below:

Food contaminated with Hepatitis A virus may not look or smell spoiled but can still cause inflammation of the liver and symptoms such as fever, low appetite, nausea, vomiting, diarrhea, muscle aches, and yellowing in the whites of the eyes and the skin (jaundice).

“Consumption of food contaminated with this virus may cause hepatitis and produce a self-limited disease that does not result in chronic infection or chronic liver disease. The illness is usually mild and starts about 15 to 50 days after the contaminated food is eaten. It generally goes away by itself in a week or two, although it can last up to 6 months in some people,” says Health Canada.

The product was sold across Canada. As of July 31, 2021, there are three laboratory-confirmed cases of Hepatitis A illness being investigated in the following provinces: Two in Québec and one in Nova Scotia. The individuals became sick between late March 2021 and mid June 2021. No hospitalizations or deaths have been reported.

Residents are advised to avoid eating this product and either throw it out or return it to the store it was purchased from. If you think you became sick from eating contaminated food, contact your doctor.