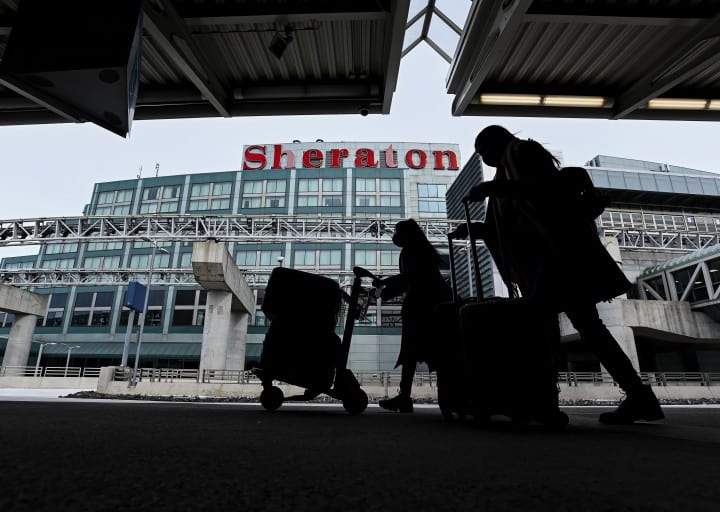 Cara Zwibel, a lawyer who heads the organization’s fundamental freedoms program, is calling on the federal government to produce any evidence that returning passengers are breaching the current requirement to self-isolate at home, which she suggests is the only fair basis to toughen the rules.

Prime Minister Justin Trudeau announced more than two weeks ago that travellers flying back from abroad will have to quarantine at a federally mandated hotel for up to three days at their own expense, though he acknowledged that only a fraction of COVID-19 cases appear to stem from overseas trips.

Zwibel suggests that the cost — $2,000 or more, according to the government — could be prohibitive for lower-income Canadians who need to care for sick relatives or receive specialized medical care abroad.

Health conditions that would make isolating in a hotel particularly challenging are another concern.

In a letter to Canada’s transport minister and attorney general, the civil liberties association is demanding Ottawa carve out quarantine exemptions and fee waivers for Canadians who seek to look after loved ones or receive treatment overseas, particularly people in narrow financial straits.

“For these individuals, travel is not a luxury,” Zwibel says in the letter.

“The government’s definition of what constitutes ‘essential travel’ for these purposes will be important.”

Ottawa has not announced when mandatory hotel quarantines will come into effect, one of several measures aimed at choking off viral spread at the border and deterring non-essential travel.

Trudeau announced on Jan. 29 that Canadian airlines had suspended flights to Mexico and the Caribbean until April 30. Residents who do choose to fly abroad now have to furnish negative COVID-19 test results less than 72 hours before departure back to home soil.

Roughly two per cent of cases with “known exposure” have been linked to international travel, and an even smaller proportion in recent weeks, according to the Public Health Agency of Canada. However, there is still virtually no testing at the border and many recent cases do not have an identified source.

Section 6 of the Charter of Rights and Freedoms states that “every citizen of Canada has the right to enter, remain in and leave Canada,” though all rights are subject to reasonable limits.