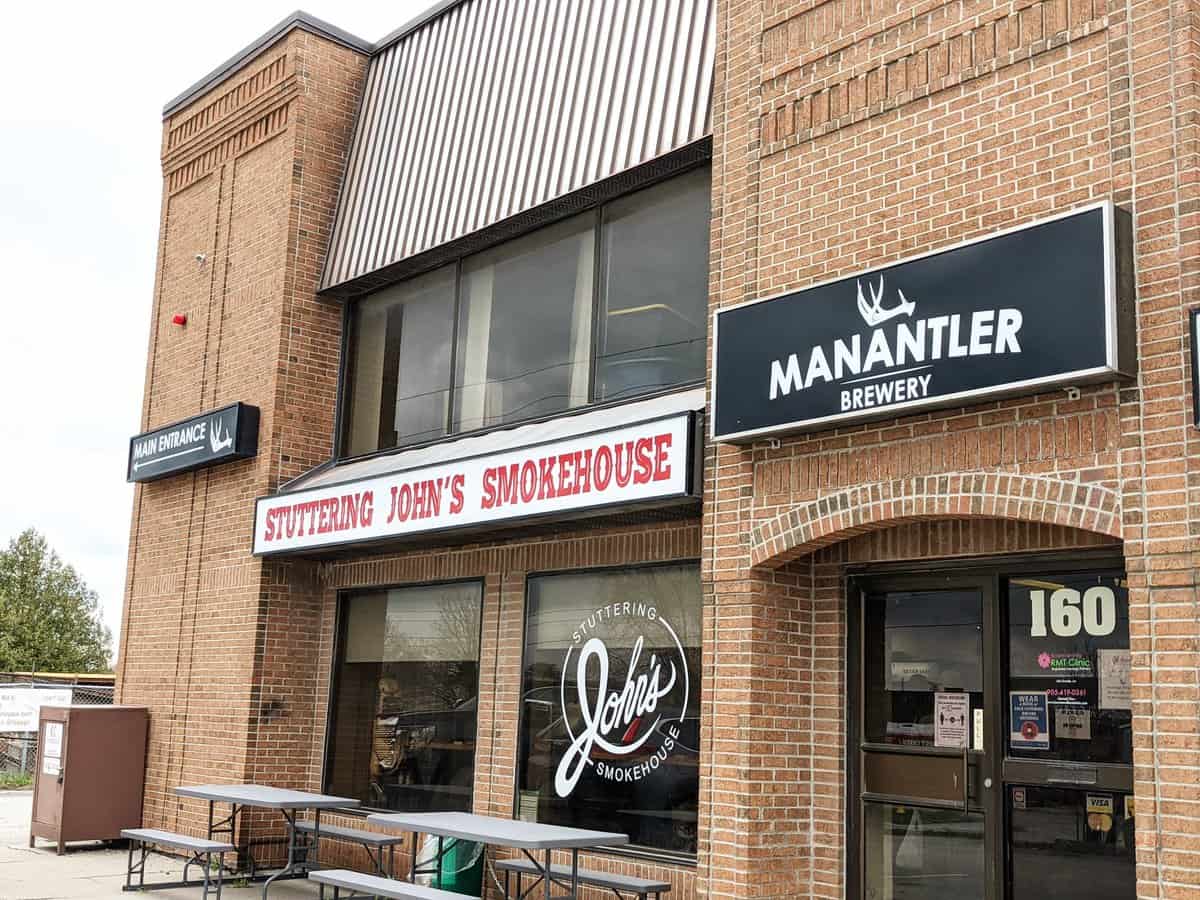 After six years of making memories in a quirky but ultimately-too-cozy basement unit in a historic industrial building in downtown Bowmanville, Manantler Brewing has gathered its brewing paddles and headed east.

The new digs are on Baseline Road, just east of Liberty Street, and the 5,000 square-foot brewery – which took seven months to build – comes with a new 10 hecto-litre brewing system that is twice the size of the old system, and a large patio perfect for summer sipping.

The fact that it’s next door to Stuttering John’s Smokehouse, says Manantler owner Matt Allott, is a delicious extra benefit.

“Basically, I’ve been looking for a new location for two years before I found this spot. Staying in Bowmanville was super important to me which is why finding a new location took so long,” he explained. “It’s a much larger space, it’s on the main level – no more basement – it has a big bay door and a big patio as well.”

The tap room, which is still a work in progress, is highlighted by a 30-foot bar, which “might be” the longest in Durham, Allott added.

“We still have lots to do before it’s perfect but with beer now flowing in cans and on the patio it’s a good feeling.”

Allott said the new spot needed a lot of upgrades – citing the new brewing system, pumps, fermenters, a new glycol chiller and bigger walk-in fridge, as well as a much larger retail area.

“Stuttering John’s being next door was just a bonus. We are setting up a wood-fired pizza truck with John and will be serving pizza full time starting in a week or so.”

Manantler’s brewing history is actually close to eight years – which makes them one of the pioneers in Durham – as the business started out in 2013 as a contract brewery, making their brews out of Church-Key Brewery in Campbellford.

Co-founded by Matt’s brother Chris and Jim Gorry (now a co-owner of New Ritual Brewing in Oshawa), the Manantler team opened their own place on Wellington, adjacent to the Bowmanville Foundry, in 2015.

Since then, the ownership structure has changed twice: first Chris Allott bought out Gorry and a couple of silent partners, before selling the brewery to his little brother Matt in 2017.

Now, in a neat twist, Chris has come back to Manantler as a business partner and to handle the brewing duties (along with Garett Stuckless) for his brother.

“We’re brewing like crazy over here to stock up as we had fully sold out of beer,” Matt said “We’re excited to bring back some of our old favourites and core beers but also look forward to new styles and beers we have planned, including our first lager, which is coming soon.”