Man Shot Twice in Restaurant Near Square One 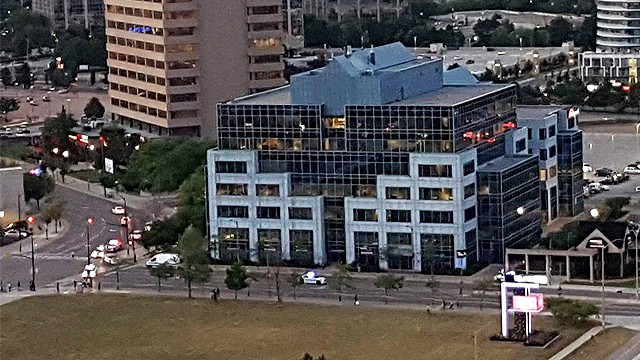 Yet another shooting has occurred, but this time it was at a restaurant near Square One.

According to a CTV News article, a man was shot and sustained serious injuries in the area of City Centre Drive and Kariya Gate.

The incident happened shortly before 8 p.m. Although police have not confirmed the name of the restaurant, they cordoned off an area around Ruth’s Chris Steak House.

The circumstances of the shooting are presently unknown. Police said the male suspect fled the scene in a grey vehicle, but no other information has been released.

The victim (thought to be in his early 20s) suffered two gunshot wounds, and was transported to the hospital in serious but stable condition.

Police have issued a news release, requesting the public’s help in identifying the culprit of the Monday night shooting Read more