Man Seriously Injured After Striking a Police Cruiser and Pole 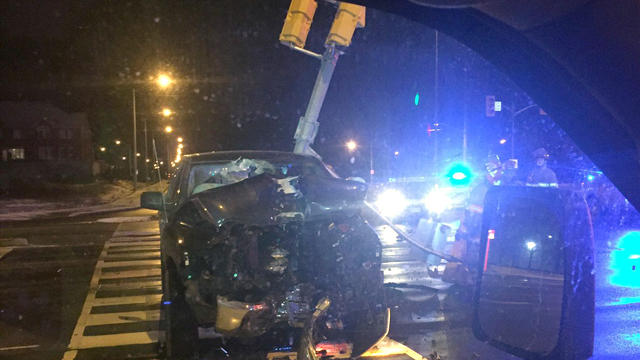 A man who was allegedly impaired when he struck a police cruiser and then, some time later, a light standard, is currently in hospital with serious injuries, CP24 reports.

Shortly after 1:30 a.m. on Thursday morning, Peel police announced that officers were on scene at a collision in Steeles and Mavis Road area in Brampton. According to police, the driver fled the scene on foot and lanes were closed from Mavis to James Potter as a result.

A short time later, police announced they had the man in custody.

The vehicle actually captured the attention of authorities prior to hitting the light standard. Police told CP24 that they received a call for a possibly impaired driver in Mississauga and that a police cruiser was struck on Derry Road shortly afterwards.

The same vehicle struck the light some time later.

According to CP24, the man was arrested before being transported to hospital with serious injuries.