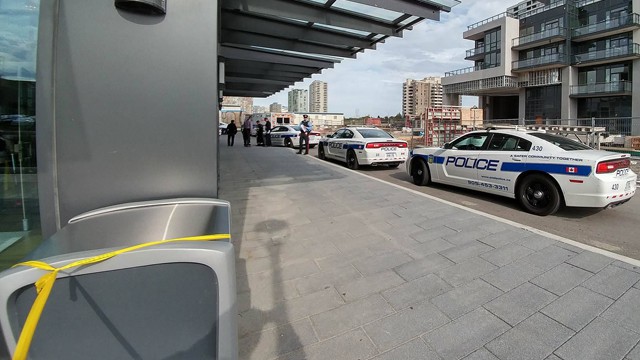 UPDATE: Yesterday, police reported that a male was found dead in the parking garage of a condo at 3985 Grand Park Drive. Although it has been reported that he was stabbed, police won’t confirm or deny the cause of death. However, they are saying he was the victim of a “traumatic injury.”

The victim’s identity has not yet been released, but that information should be available soon.

‘We’re still waiting for homicide to give us the green light,” Const. Harinder Sohi told insauga.com.

Const. Sohi confirmed that the death is suspicious and is being treated as a homicide.

There is still police presence at the building.

‘We still have units on scene, so some areas might still be blocked off, but residents can return to their homes.” Sohi said he could not yet confirm whether or not victim lived in the building.

***UPDATE*** confirmed one male victim is deceased, the Homicide and Missing Person Bureau now has carriage of this investigation.