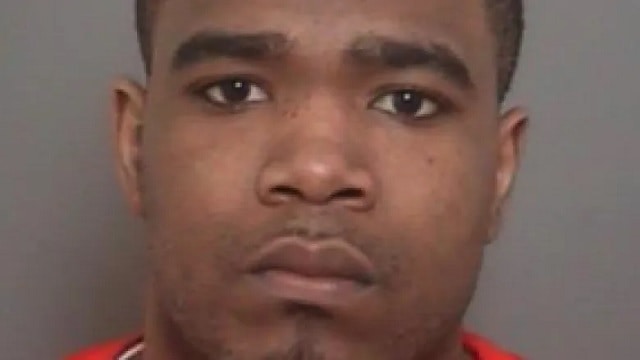 The man who received a life sentence for first-degree murder for killing Hamilton barbershop owner Neil Harris in 2016 has lost his bid for a new trial.

Odain Gardner, of Hamilton, was convicted in May 2018 of first-degree murder after a four-week trial. The conviction carries an automatic life sentence with no chance of parole for a minimum of 25 years. Erick Reid, who was tried with him, received a 15-year sentence for the lesser charge of manslaughter and was found not guilty of first-degree murder.

On Feb. 18, 2016, the 40-year-old Harris was shot to death outside of Influence Barber Shop, on Upper Wellington Street on Hamilton Mountain. Surveillance video that was screened at the trial captured two men approaching the barbershop with their hoods up. At the trial, the Crown prosecutor said it took only 18 seconds before the two men confronted Harris. The surveillance video showed that there was a tussle outside and one man fell to the ground.

Two witnesses later identified Gardner as the shooter, although the one who was present when the shooting occurred only did so after he was arrested on serious charges.

Gardner’s appeal, which was heard by videoconference on May 25, centred on two issues. He and his legal counsel said that Superior Court Justice Toni Skarica “erred in failing to properly related relate the material evidence to the issues to be determined by the jury.”

They also contended that the judge “gave an erroneous after-the-fact conduct instruction” with regard to how the jury was to weigh in the defendants’ flight from police.

They claimed these were reversible errors and that Gardner was entitled to a new trial.

The appeal court, in a ruling finalized on Tuesday (July 27), did not accept the arguments.

It acknowledged that although Justice Skarica “presented the case to the jury as if either the appellant or Mr. Reid was a potential principal, i.e., the shooter,” this did not prejudice the jury against Gardner once it established reasonable doubt that Reid did not fire the gun.The three-judge panel concluded it was “satisfied that the jury would have understood the issues relating to the shooter’s identity and the evidence they had to consider in determining those issues.”

Gardner’s counsel’s submission with respect to “after-the-fact conduct instruction” concerned the defendants’ flight from the police. The Court of Appeal found it was acceptable that Skarnica instructed the jury to take a two-step approach to factoring in “evidence of what the accused are alleged to have said or done afterwards.”

The judge told the jurors that they first had to decide whether either of accused man did what “he was alleged to have said and done after the offence was committed.” It could be used if the answer was yes; if no, then it “must not” be considered in reaching a verdict.

The appeals court said this “may have been both unnecessary and circular, but it did not prejudice the appellant.”

Gardner, who had two previous shooting convictions before Harris’s killing, was 25 years old at the time of his conviction. He will be 50 by time he will likely become eligible for parole.

The decision has been posted at canlii.org.