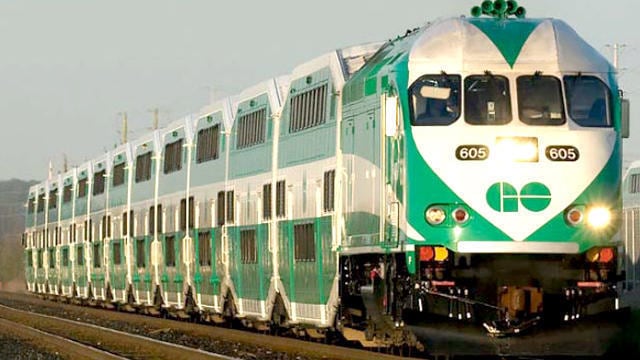 A 22-year-old man in Oakville is lucky to be alive today after being clipped by a GO train on Wednesday.

The near fatal incident happened around 5:50 p.m. when the man was heading north on Fourth Line, just passed Speers Rd., and crossed the railway tracks in front of an oncoming GO train.

As he crossed the tracks at the level crossing, the eastbound train hit his backpack and lifted him off the ground, sending him flying through air.

The backpack was found by police further along the tracks.

Halton Police say the male was injured and transported to hospital with serious injuries.

The man, who police say was wearing ear buds, could not hear the crossing warning bells or the approaching train.

“The male was reportedly walking on the tracks and did not hear the train approach before being struck,” Halton media relations officer Steve Elms told inhalton.com.

The 5:13 p.m. westbound train, and all subsequent trains in both directions between Union Station in Toronto and the West Harbour GO station in Hamilton, were not able to pass through until the situation was fully investigated.

Service for all stations had fully resumed by Thursday morning.