A Toronto man has been charged by police in a fatal hit-and-run last December in east Mississauga.

Investigators with the Peel Regional Police Major Collision Bureau, with help from Toronto Police, made the arrest on Thursday after more than four months of appeals to the public for information about the incident that claimed the life of Suresh Tharmakulasingam, 35, of Markham.

Tharmakulasingam, who was originally from Brampton before moving to Markham, was struck down while crossing Dundas St., near Dixie Rd., on Dec. 17 at about 9:15 p.m.

He remained in hospital for a week before succumbing to his injuries on Dec. 24. 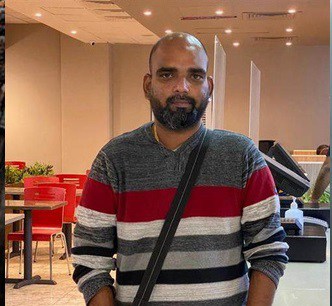 Police say Tharmakulasingam was crossing Dundas St. mid-block on foot from north to south, just west of Dixie Rd., when he was struck by an eastbound SUV in the curb lane.

He had just left a restaurant and was heading back to his tractor-trailer, which was parked at a gas station, police say.

The driver of the SUV left the scene without stopping or rendering any assistance to the fallen man, police say.

Police say the vehicle believed to have been involved in the collision has now been recovered.

Luke Conklin, 38, of Toronto, is charged with failure to stop after accident resulting in death.

He’s scheduled to appear in Brampton court on July 25.