Man Charged After Crashing Through QEW Barrier Wall in Mississauga 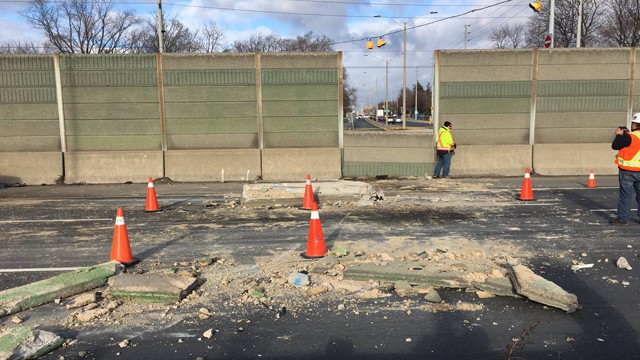 A 58-year-old Etobicoke man has been charged with dangerous driving following an absolutely astounding crash that broke down a QEW sound wall and, surprisingly (and very, very fortunately) only resulted in non-life threatening injuries.

On Jan. 27, a massive collision caused significant delays on the westbound QEW in Mississauga after a vehicle came careening through the barrier wall off Dixie Road and struck a transport truck upon entering the highway. After that initial collision, five more vehicles became involved.

All lanes on the westbound QEW were completely shut down at Dixie Road and one person was transported to hospital with serious injuries.

The OPP recently announced that Carl Bodensieck has been charged with a highway traffic act offense in connection with the dramatic crash.

You can see a video of the aftermath of the crash, courtesy of OPP Sgt. Kerry Schmidt, below: