Man Attacked and Stabbed in Mississauga 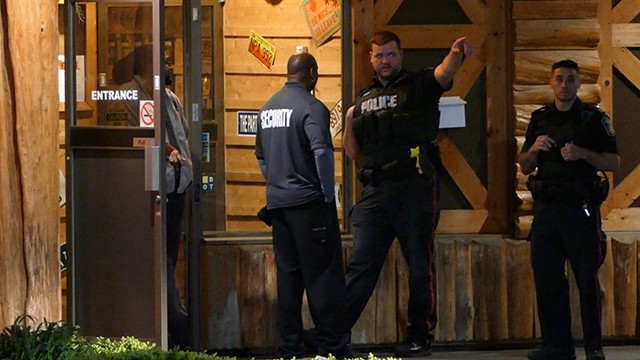 A 30-year-old Mississauga man is in hospital after he was attacked while leaving a bar in Mississauga early Sunday.

The incident unfolded at 2:20 a.m. near Dundas St. E. and Queen Frederica Dr.

Police say the victim was exiting a bar with a friend when three suspects attacked him.

A fight broke out and a knife was used in the assault.

When emergency crews arrived, everyone – including the victim – had fled.

Police dogs and tactical officers searched the area for suspects; paramedics later treated and transported the victim to hospital.