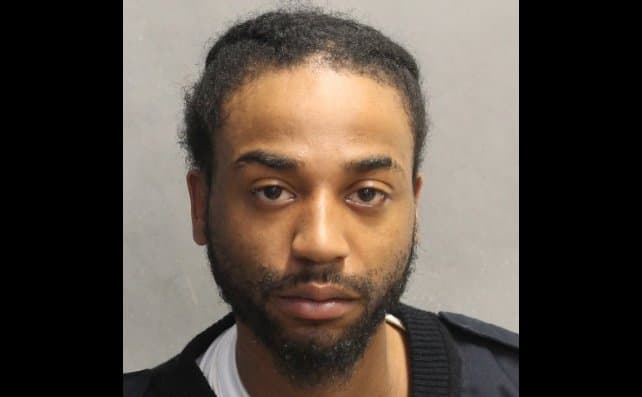 Johvan Waldron has been charged with murder in the death of Peter Khan of Ajax last Saturday. - Via TPS

A man has been arrested for the murder of an Ajax man, Peter Khan, in Toronto last weekend.

On Saturday March 7 Khan, 36, was was standing outside the back of a restaurant on Morningside Ave, just south of Sheppard Ave. Shortly before 3 a.m. a man approached the rear of the restaurant, according to Detective Sergeant Tiffany Castell.

The man held Khan at gunpoint and ripped off a chain from around Khan’s neck. He then shot Khan and “casually walked away.”

Castell say about 100 metre away the man found another victim with a neck chain. He again held the second victim at gunpoint, stole the chain and shot the second victim. Then he hopped into a White Nissan Altima and fled the scene.

Police quickly responded to the restaurant where they found Khan suffering a gunshot wound. They began life-saving measure before paramedics could arrive. The second victim then approached the officers tell them he too had been shot.

Both victims were rushed to hospital where Khan died. The second victim has since been discharged.

Castell said as police investigated they discovered a third robbery had taken place near Kennedy Rd and Ellesmere Rd earlier at 1:15 a.m. Comparing the suspect vehicle in each incident led investigators to believe they were committed by the same person, per Castell.

The suspect ran from the area when alerted to the police presence, but was arrested after a 15 minute chase.

Johvan Waldron, 27 of Toronto, was charged with robbery during his arrest. A first-degree murder charge was added on May 10.

There is a 105 minute gap between the Kennedy Rd robbery and the Morningside Ave robbery. Police request anyone who was robbed in that time to come forward.

They are also seeking witnesses who may have seen a suspect described as a Black man about 5′ 6″ with a slim build, wearing a light coloured surgical mask, shiny black puffer jacket with the hood up, light coloured pants, and black running shoes or the white Altima.

After asking for any security footage of the area Castell said, “This was senseless act of violence where Mr. Khan lost his life and people were robbed and victimized in our city. I am very grateful to the members of the public who co-operated with us.”

“This really highlights the best of what could happen when police and the community work together. We have been able to bring a tragic circumstance to a successful conclusion,” she continued. The charges against Waldron have not been proven in court.