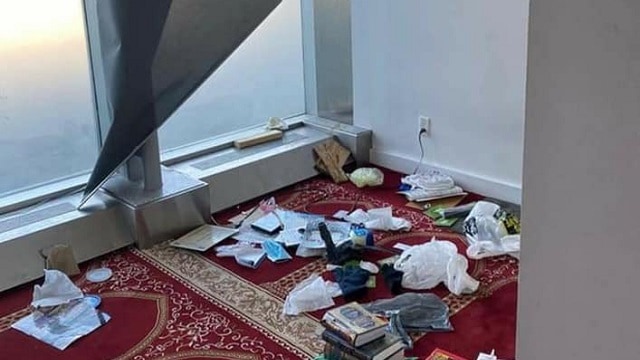 One man was arrested following what investigators have deemed a hate-motivated incident.

Around 2:30 p.m. on Sunday, March 21, police say the suspect entered the Inter-Faith Prayer Room at Pearson Airport and began causing damage to the room.

According to the National Council of Canadian Muslims, cupboards in the room were destroyed and copies of the Quran were thrown onto the floor.

Cupboards in the space were destroyed and copies of the Quran were thrown onto the floor.

Since we were made aware of the attack, NCCM staff were present within hours, coordinating with the Muslim airport workers and Peel Police.(2/5) pic.twitter.com/dW7SyWN6ae

On April 2, the suspect was located and arrested on the strength of an outstanding warrant by Toronto police. Peel police were contacted and took over custody of the arrest.

The suspect is identified as 47 year old Jean Francois Ouellette-Godin of no fixed address. He has been charged with Mischief.

Ouellette-Godin was released on an undertaking and is expected to attend the Ontario Court of Justice in Brampton on June 7, 2021.

Anyone with further information related to this incident is asked to contact PRP’s Airport Division Criminal Investigation Bureau at 905-453-2121, ext. 3133.