A police drug trafficking investigation in Mississauga and Oakville has led to charges for a 32-year-old Mississauga man.

Halton Regional Police first identified the suspect in the fall of 2022 and watched him conduct numerous drug deals in Oakville and Mississauga.

Investigators would obtain a Controlled Drug and Substances Act search warrant on Thursday (Jan. 19) and executed it at a residence located in the area of  Vanderbilt Road and Tenth Line West in Mississauga.

A search warrant was also executed on a vehicle associated to the suspect.

As a result of the search, police seized the following (see photo below):

Police have arrested Rishawn Simpson, 32, of Mississauga and charged him with:

Tips can also be submitted anonymously to Crime Stoppers. Contact Crime Stoppers at 1-800-222-8477 (TIPS) or through the website at www.haltoncrimestoppers.ca. 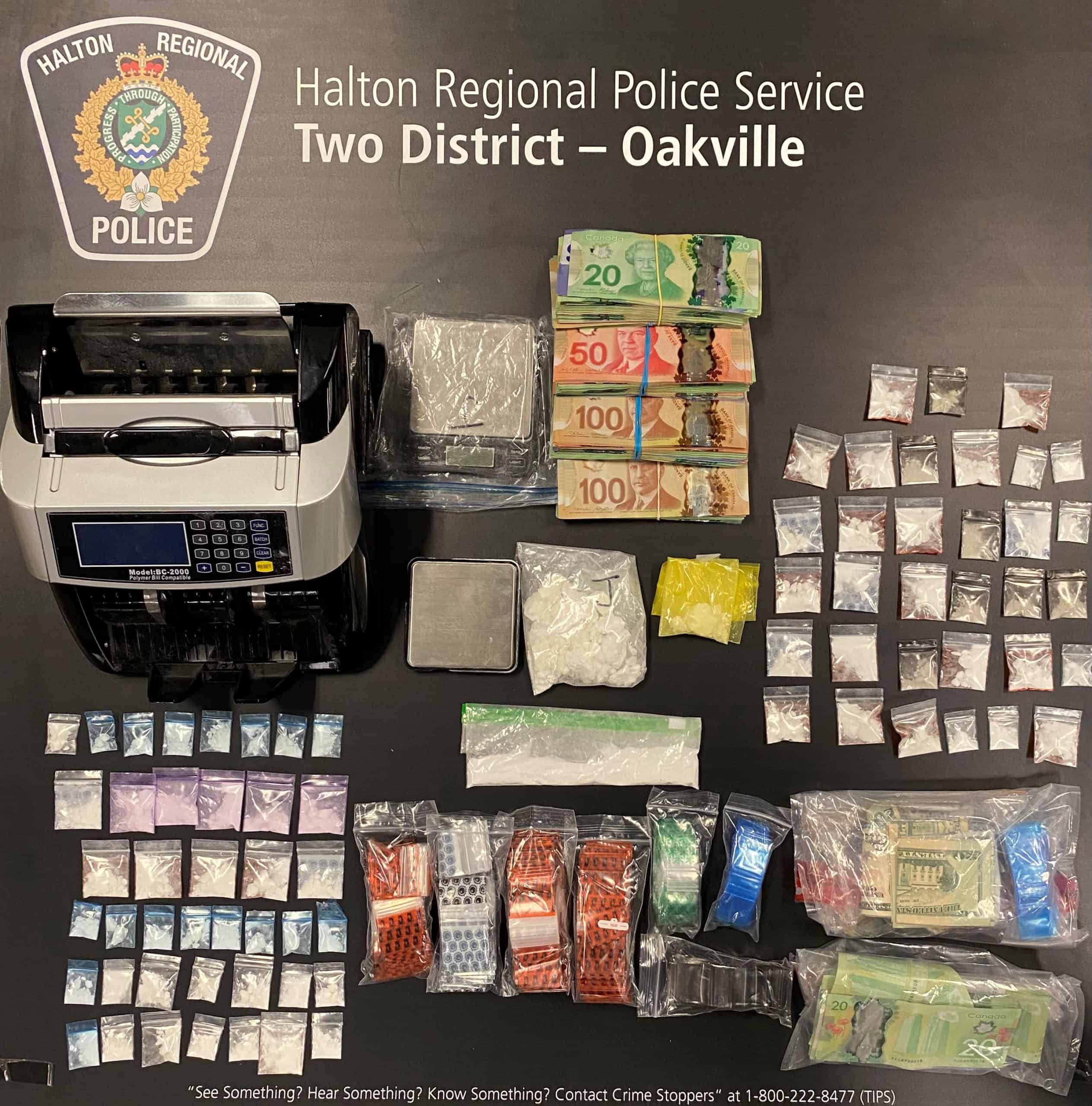