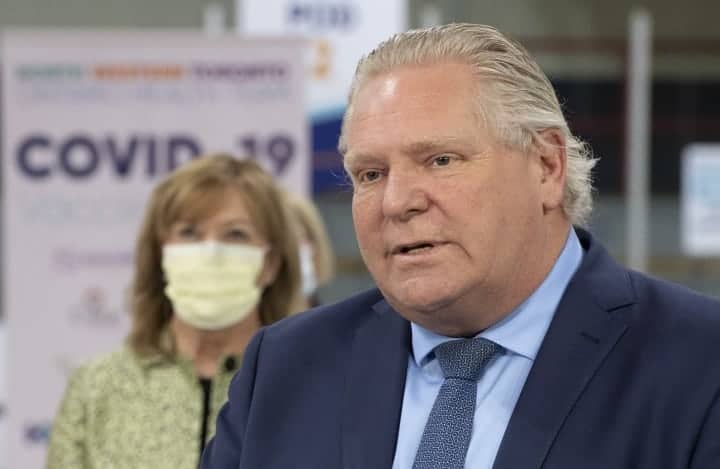 A man is facing charges after allegedly wielding a knife outside of Ontario Premier Doug Ford’s home on June 21.

According to a statement recently released by the Premier’s office, a man stood outside of Ford’s Etobicoke home with a butcher’s knife and made threats.

A spokesperson for the Premier’s office says the man was arrested by a police officer who happened to be on scene.

“Last night, a man with a large butcher’s knife showed up at the Premier’s home while yelling threats. An OPP officer was on site and arrested the man immediately,” the statement reads.

“The Premier thanks the officer for his quick action and bravery, which resulted in no harm to anyone involved in the incident.”