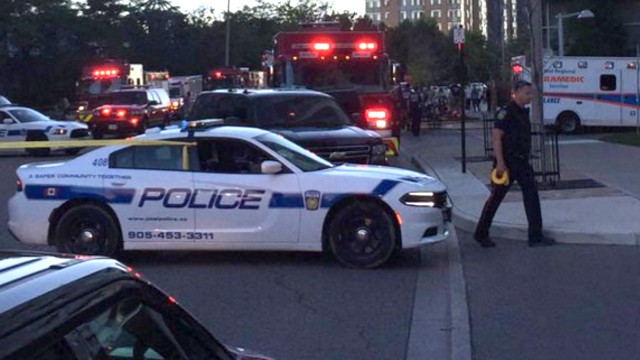 Around 6:30 on Monday (Sept. 12), heavily armed tactical officers were called to a Webb Drive condo in the Square One area to respond to reports of a distraught man acting erratically.

Police presence in area of Webb Drive and Duke of York Blvd in #Mississauga. Male party in medical distress, no threat to public safety.

“A person was emotionally disturbed and he had a knife and he had some lighter fluid on him as well,” Const. Harinder Sohi told insauga.com. “We were there until 8:21 and he was taken to hospital for mental health assessment.”

About four hours ago, Peel police did tweet that they were dealing with a man in medical distress and assured residents that he was not a threat to public safety. An hour later, they tweeted that the incident was resolved without incident and that residents would soon be free to return home.

Fortunately, no injuries were reported.

***Update****
Situation has been resolved without incident. Residents will be allowed to return shortly, thank you for your patience.