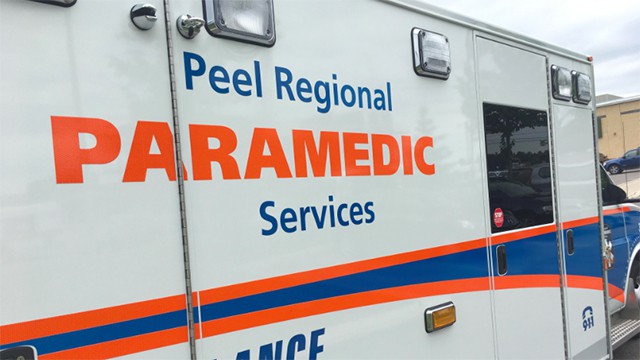 An overnight incident in Mississauga sent two people to hospital, including a police officer.

Police say they were called at 5:55 a.m. regarding a vehicle at Rathburn Road East and Meadows Boulevard, near Central Parkway.

Officers attended and located the vehicle between a fence and a pole.

Following an interaction with the adult male occupant, the male and one police officer were both taken to local hospital.

Police are currently awaiting updates on both victims’ injuries.

The circumstances of the incident that led to the injuries have not been disclosed at this time.